In a program held in Kathmandu, the trailer of highly awaited movie ‘Kri’ was released. In the program, the actor Anmol KC made public appearance after about one and a half year of hiding. In the program the actress of the movie, Aditi Budhathoki, was also present. Anmol KC and Aditi answered the questions raised by the journalists in the program. The controversy about the release and delay of Shweta Khadka’s movie ‘Kanchhi’ was also discussed in the program. Video report is attached at the end of this post. 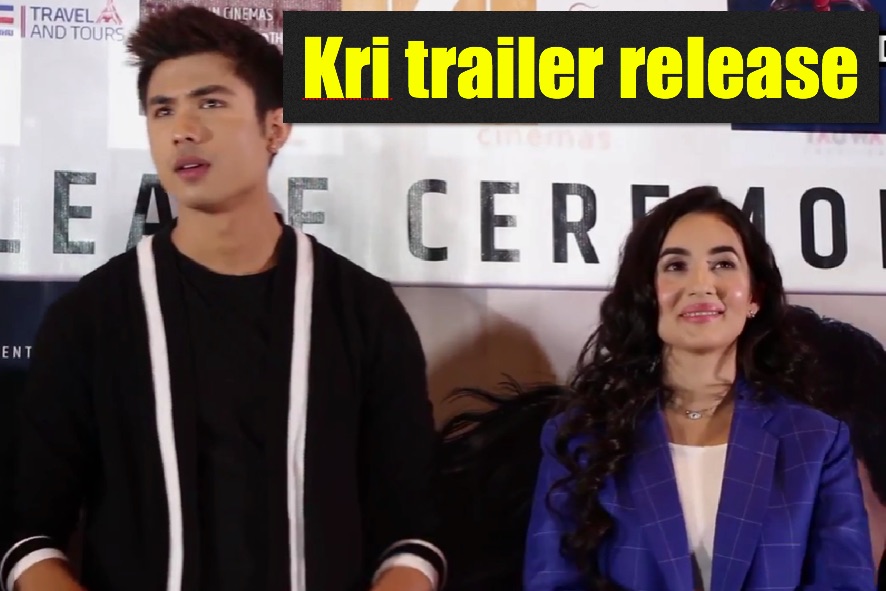 Watch the trailer before I talk much:

It has almost been one and half year since Anmol KC’s last movie wa released in theatre. The trailer shows the work and dedication of the team to make it a good, technically. Anmol is seen in angry looks. The new actress also seem to be good fit to Anmol KC in the trailer. Actor Anoop Bikram Shahi is featured in negative role in the movie.

Anmol had prepared himself by building up his body, growing hair and moustache. He had also done some dangerous stunts for the movie. While Anmol was better known as a lover-boy appearances in his previous movies, he will be known as an action actor after ‘Kri’.

The trailer has set a high hopes from the movie because of the following facts in the trailer:

Produced jointly by Subash Giri and Bhuwan KC, the movie is directed by Surendra Poudel.
A video report of the event, credit Thuloparda: