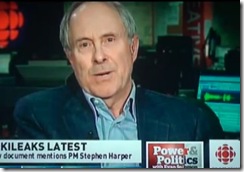 WikiLeaks has created a ripple in the diplomatic circle all around the world and China has already blocked the website. Now, a Canadian politician wanted the founder of the website, Julian Assange, dead.

In an interview with CBC news, an adviser to Stephen Harper, the Prime Minister of Canada, Prof Tom Flanagan, said, “I think Assange should be assassinated actually … There is no good coming of this.”

A t the end
of the interview, Prof Flangan added, “I wouldn’t feel unhappy if Assange disappeared.”

Interpol has issued a “Red Notice” alert for Julian Assange, the WikiLeaks founder, in relation to two rape charges issued by Swedish police.

The 39 year-old Julian Assange, is already facing legal problems on an unrelated case. Interpol has issued "Red Notice" alert for him in charge of two rape charges issued by Swedish police.