A clash between Namrata Shrestha, Sushma Karki and Pooja Sharma

On February 12, 2016 three awaited movies are being released in theater. Targeted for the Valentine Day, all three of them are love story movies. The movies ‘Classic’ features Namrata Shrestha with Aryan Sigdel, ‘Premgeet’ features Pooja Sharma and Pradeep Khadka and ‘Chalechha Batash Sustari’ features hot actress Sushma Karki in not-so-hot role. The clash between these three popular actresses is interesting in the Nepali film industry. 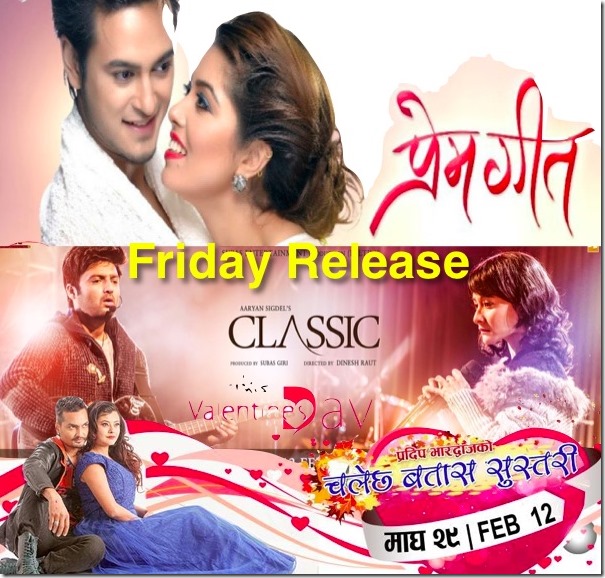 The movie featuring beautiful and talented actress Namrata Shrestha with the one of the top actors in the film industry, Aryan Sigdel is one of the most awaited movies in the Nepal. The movie presents a new type of story with both the leading characters being blind.

The movie ‘Prem Geet’ by director Sudarshan Thapa, the director of hit movies ‘Mero Euta Sathi Chha’ and ‘Madhumas’ has been well received in the premier show held on Wednesday. Watch my video report on the premier show:

The love story movie produced by the family of ‘So Simple’ debut actor Pramod Bhardowj. A report on Sushma Karki and the possibility of Sushma’s redefined identity in Nepali film industry: