16th SAARC Convection is being held at Thimpu, the capital of Bhutan. Looking back to its history there have been the record of one of the participating leader to face a bad fate after the summit. In the history of 15 Summits being held so far, 7 of the participants faced bad luck at home. To me, it looks more like a coincidence as the political scenario are pretty much dynamic and they are always changing.

With Prime Minister Madhav Kumar Nepal visiting the 16th Summit, and volatile political environment in Kathmandu, many are expecting the history to repeat on his case. 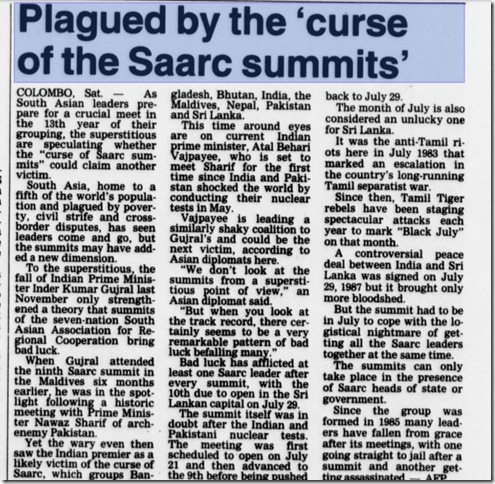 One thought on “Is the ‘Curse of SAARC Summit’ true ?”