The actress, busy as a leader than an actress in recent days, Karishma Manandhar is planning to be seen on screed after a long gap. Karishma joined the ‘Timi Sanga’ team for the shooting of the movie on April 25, 2017. The movie featuring Samragyee RL Shah, Najir Hussain, and Aakash Shrestha in leading role will feature Karishma in a special guest role. 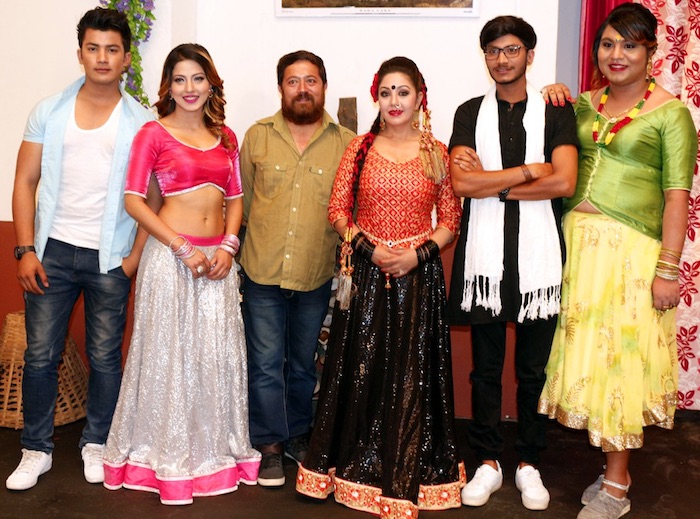 Karishma will be featured in a song – with Samragyee, Najir and Aakash. The song is told to be a vital part of the story of the movie.

The last time Karishma was involved in the film industry was during the production movie ‘Fagu’. The movie featuring Shilpa Pokharel in leading role, ‘Fagu’ was also a failure. After that, she had told about directing a new movie. But, she is more busy in the the political works in Baburam Bhattarai’s new political party Naya Shakti Nepal than in entertainment industry.

Although Karishma is not seen in movies these days, she seem to prefer to be featured with the new age actors. Last time, she was seen dancing with Najir Hussain in NEFTA 2016 award in Dubai. Now, she is agin working with new age actors in ‘Timi Sanga’.

The movie ‘Timi Sanga’ is a directorial debut of actor Shishir Rana.

It is surprising that all the movies featuring Samragyee RL Shah so far are directed by new directors. In addition to that all the directors have come from acting background. But, so far only one of her movie has been released and the fate of other movies are yet to be known.

Samragyee’s movies and the directors:

In addition to the three movies mentioned above, Samragyee is also featured in a short role in Chhabi Raj Ojha’s upcoming movie ‘Mangalam’. All of these movies are expected to release this year.

A report about Timi Sanga:

A couple of photos of Samragyee with Karishma: 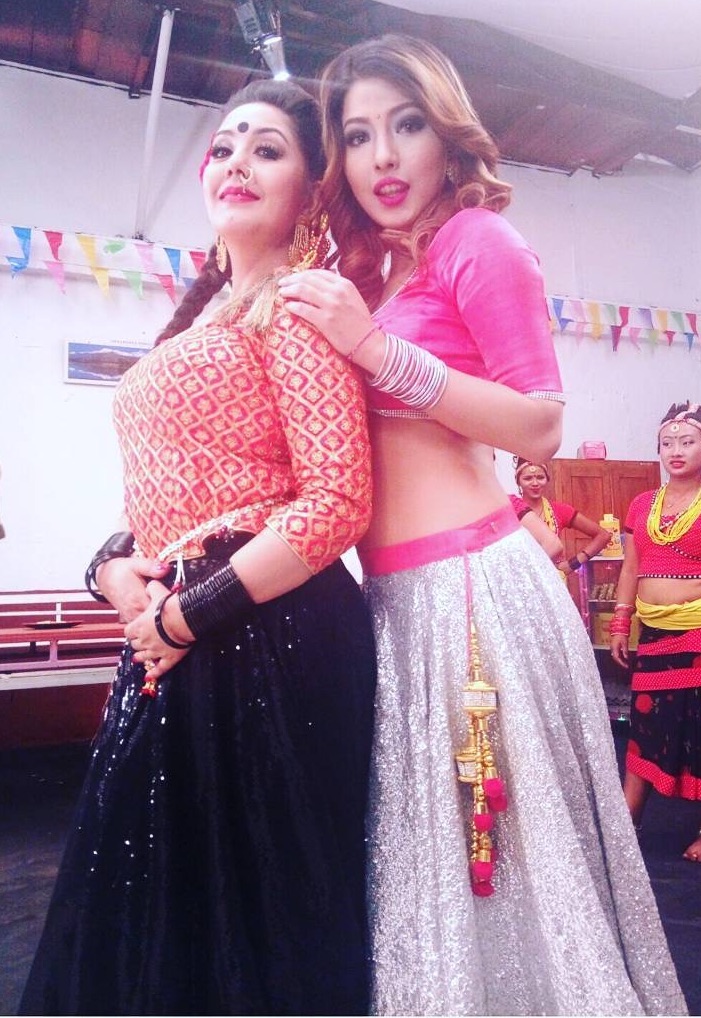 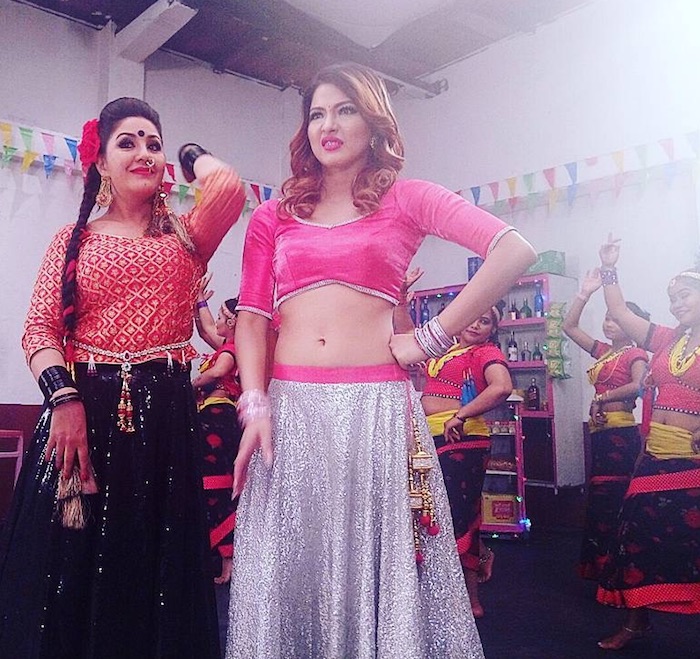