On the first day of marriage, Manisha wore yellow saree with diamond ear-tops and a â€˜huge’ matching necklace. The personal makeup artist of Manisha, Atul Kadam, did the makeup to match the jewelries and the dress she was wearing. 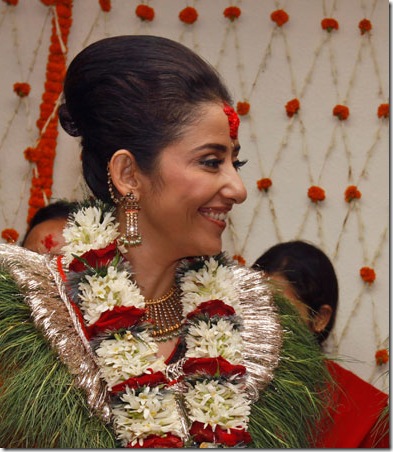 On the second day of marriage Manisha was wearing red saree and diamond necklace with green emerald. She wore matching diamond ear-rings and diamond ring in her hand. 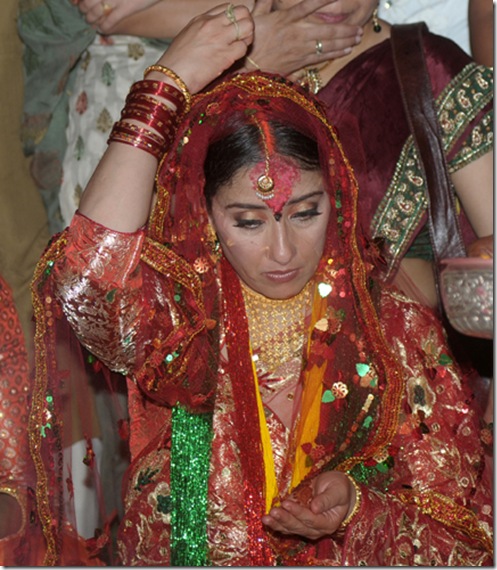 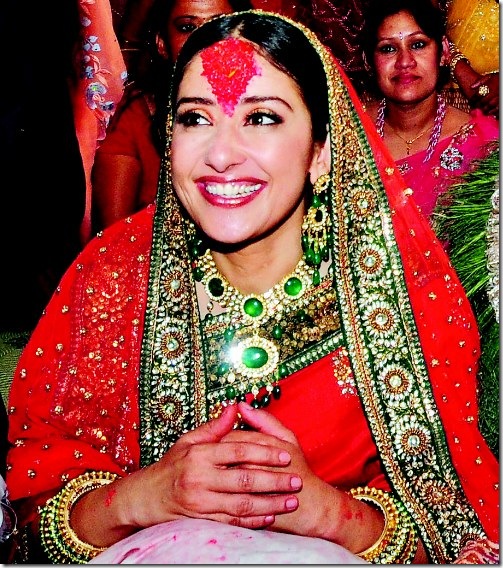 In the third major ceremony of her marriage, wedding reception party, Manisha appeared on bright blue colored saree and new set of diamond jewelries. The jewelry designed by Mukta Designers from Mumbai depicted the melting of snow in the Himalaya. 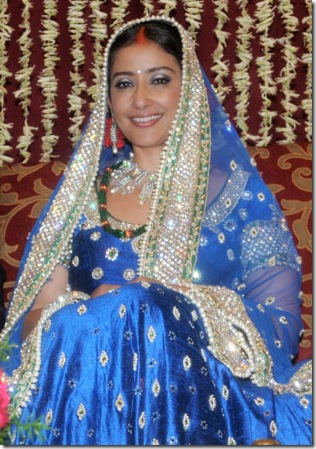 On the wedding reception ceremony organized by Samrat Dahal, Manisha wore a different beaded jewelry of emerald and pearls.

In summary, it is clear that Manisha and her family had done an extended preparation not only for the marriage but also the fashion aspect of the marriage. I hope this celebrity marriage won’t create an unhealthy competition to spend unnecessarily among high-class and not-so-high-class families in Nepal.