The movie ‘Birasat’ is a movie by Rimesh Adhakari is made under the banner of Padma Kumari Films (3rd film). The movie is made on the concept of Rimesh and directed by the script writer Govina Gautam. The executive producer of the movie is Akkal Singh, music by Bipin Acharya, fight director is Janak Gurung, cinematography by Rameshowr Karki, and choreography by Babbu Thapa. Samar Thapa is the new face in the movie. Shradha Baniya and

Bhuwan KC – Bhuwan is one of the superstars of the Nepali film industry. After the success of numerous home production, Bhuwan has also established himself as the top actor.

Sonia KC – A hot actress who freely shows her skin in movies and modeling shots. It seems, Sonia’s skin show didn’t help her to succeed.

Suvekshya Thapa – Suvekshya was also considered mediocre actress. But, when she started producing movies, Suvekshya has established herself as a good producer. Suvekshya’s tattoo on her breast has been the talk of the film industry these days. 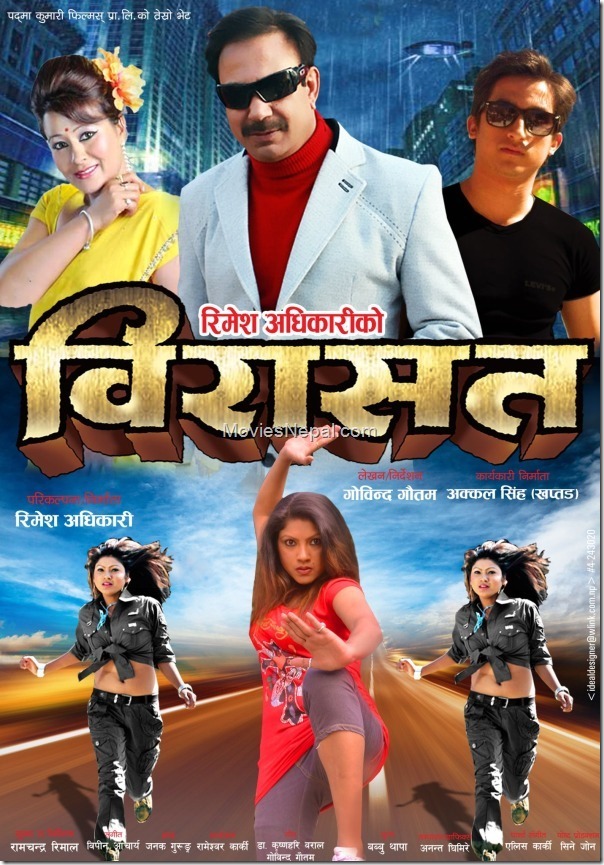