The movie ‘Dhauli’ is made on a story of a dalit woman named Dhauli. The movie is about the twist of fate that follows after Dhauli falls in love with the Brahmin man she works for and makes physical relation with him.

A short review of ‘Dhauli’

The trailer and the witty conversation between the leading characters had created some expectation from the movie. Dalit women in Nepal are living a very tough life. They face social and sexual harassment from the so-called upper caste people. But the movie could not live up to the expectation.

‘Dhauli’ features Gita Adhikari in the leading role as Dhauli. Bisnu Gautam is featured opposite to Dhauli. Actors Gajit Bista and Anu Shah are also featured in leading roles. Other artists in the movie include Prakash Ghimire, Shambhu Thapa, Bidhya Karki.

Gajit Bista is the father of the youngest film director in the world, Saugat Bista. Anu Shah is a new age actress gaining popularity in the Nepali movie industry. To know more about Gita Adhikari – read the biography of Gita Adhikari in NepaliActress. 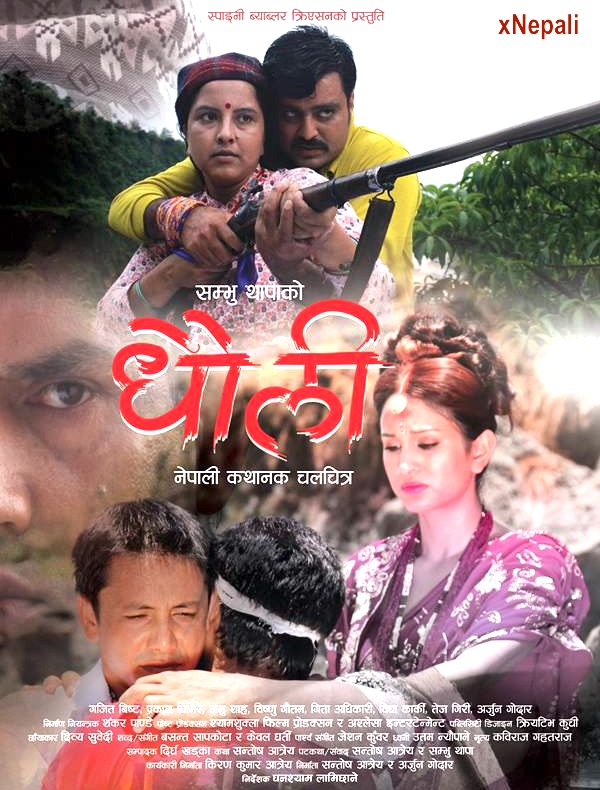