Nepali movie ‘Megha’ is the debut movie of the female director Samjhana Upreti Rauniyar. Samjhana is the wife of well known photographer Bikash Rauniyar. ‘Megha’ was released on the Valentine Day of 2014. Although the movie featured well known star cast, the viewers were not impressed by the movie. The movie is made on a triangular love story of a married woman featured by Namrata Shrestha. The love story movie produced by Sabasta Entertainment, Samjhana’s home banner.

The movie directed by Samjhana Upreti Rauniar is made on a story of the relationship of a upper-middle-class architect Megha, played by Namrata, with her husband Ishan, played by Raymon and her lover Gaurav, played by Siddhartha Koirala.

Namrata Shrestha was the top actress of the year after she was featured in ‘Classic’. Most of Namrata’s movie are hit movies with some exception. Her production debut however was a total failure.

Siddhartha Koirala is the brother of Bollywood superstar Manisha Koirala. Siddhartha’s Bollywood entry was a failure and his Nepali movie entry wasn’t successful either. Another actor Raymond Das Shrestha is the son of a popular TV figure. 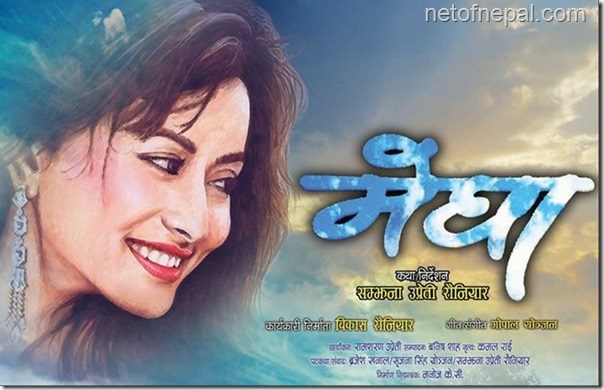