Nepali Movie ‘Shooter’ is a presentation of Suraj Khadka. The movie was originally produced in Bhojpuri language and is dubbed in Nepali. The movie also features a hot dance of item girl Reema Singh. In the last five years of Biraj Bhatt’s absence from the Nepali movie industry, Biraj was featured in a number of Bhojpuri movies. The movies were dubbed into Nepali and released as if they were Biraj’s Nepali movie. Although the original Bhojpuri movies were hit and liked by the viewers, the dubbed versions were not as popular.

Biraj has made a comeback in Nepali movie industry in the August second week release, ‘Jaya Parshuram’ despite legal and other issues.

Watch the full movie ‘Shooter’ in a single video:

Biography of Biraj Bhatt and the movies posted in xnepali featuring Biraj Bhatt: 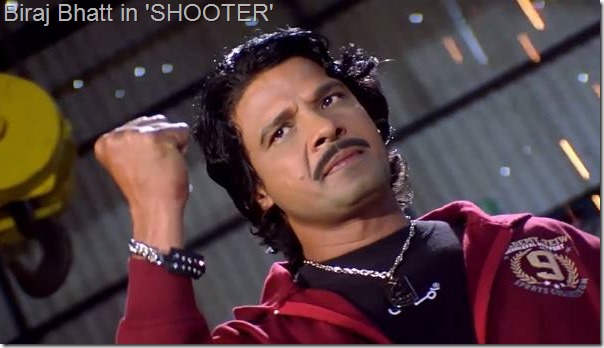