A presentation of Shekhar Koirala, Nepali movie ‘Utsav’ was released in 2014 (release news of ‘Utsav’). The movie is about story of friendships. At the time of the release of this movie, the movie of the late director, ‘Kohnoor’ was running in the theater. Because of the popularity of the movie, ‘Utsav’ didn’t get much theatres so, it was only released in the theaters in Kathmandu.

‘Utsav’ is the second movie of the ‘Hostel’ actress Prakriti Shrestha. The movie also features Gaurav Pahadi and Saugat Mall in leading roles. New actor Sanjog Koirala and actress Menuka Pradhan are also the main attraction of the movie. 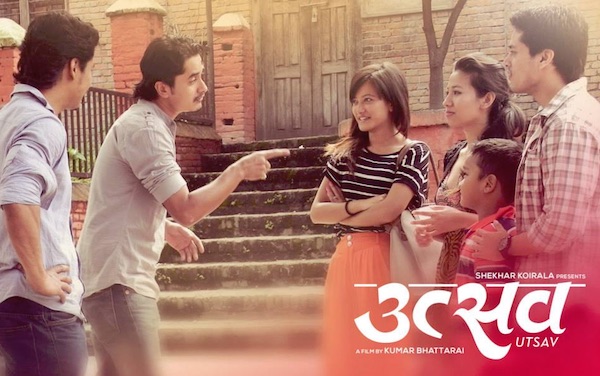 One thought on “Nepali Movie – Utsav”