The CPN Maoist supremo, Prachanda, is the father of three daughters and a son. He has lost half of his children in the span of 4 years.

Throughout the 10 years and 9 months long people’s war a lot of people died. Reports say that more than 19,000 people had died collectively in Maoist side and the government side. In such a crisis situation, the commander of the rebel army, Prachanda had managed to save himself and his family. Now, when the war ended and everything is going on smoothly, he has lost half of his children to the medical conditions that he can’t control. He had lost a daughter to cancer and the son to heart problem.

Dahal’s only son Prakash Dahal had died on November 19, 2017 at the age of 38. According to the hospital source he had died at around 3 AM while sleeping in his residence in Lazimpat. He was discovered at 5 AM and was rushed to the hospital.

4 years ago, Prachanda had lost his eldest daughter, Gyanu KC because of breast cancer. The 40-years-old KC died on March 27, 2014 while undergoing treatment. 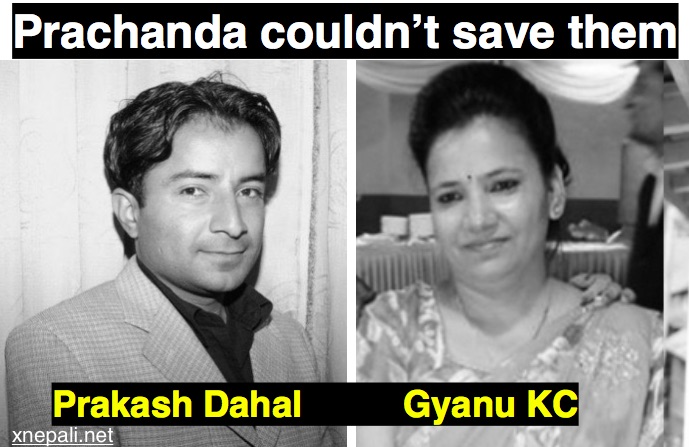 Video report on the death of Prakash Dahal:

A report on where he died – the residence:

And a scandal on Prakash’s life – his second wife – Sirjana and her son.