The accident of Turkish Airlines in Tribhuvan International Airport caused extensive delay in the flight in and out of Kathmandu. The delay not only caused problems to come to Nepal and going abroad, various programs out of country had to be delayed because the artists couldn’t fly on the scheduled date.

The comedy and musical program scheduled for March 7, Tito Satya Meri Bassai Sanjh had to be delayed to March 19 as the artists couldn’t take the flight to Australia in time. The program will feature Kedar Ghimire, Wilson Bikram Rai, Deepa Shree Niraula, Deepak Raj Giri, Aastha Raut and Parbati Rai. (read a previous report on the event in serialsansar) 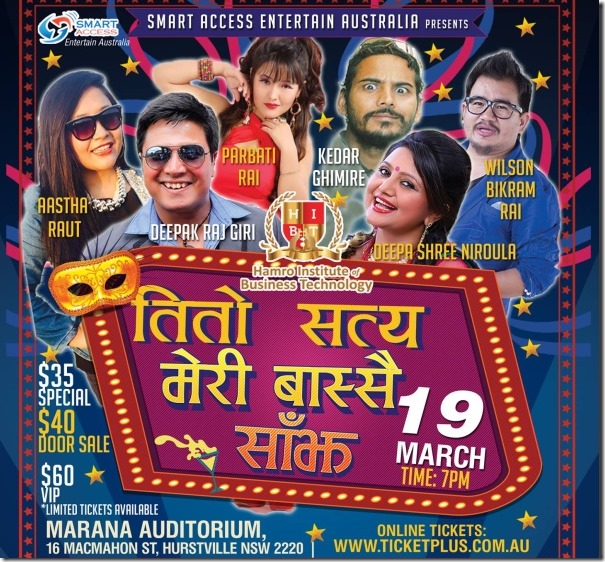 The organizer of the show, Smart Access Services, has issued a press release to explain why the program is postponed. 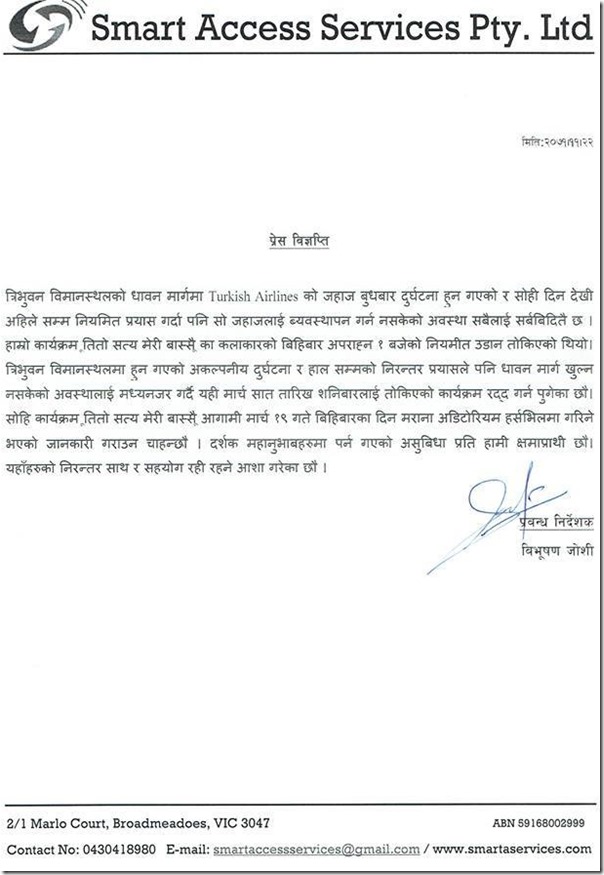 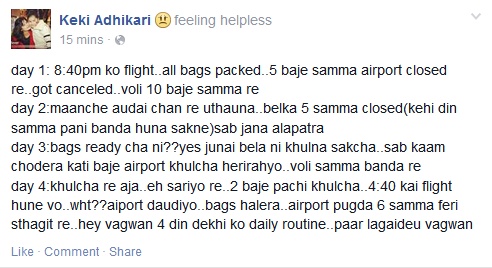 A footage of the passenger running out of the emergency exit of the plane after the accident: