The highest peak in the world, Mount Everest is also called Qomolangma/Chomolungma (Tibetian) and Sagarmatha (Nepali). Chomolungma in Tibetian means “Mother of the Universe” or “Goddess Mother of the Snows” and Sagarmatha in Nepali means “Head of the Sky”. Further details about the peak can be read in this wikipedia page.

K2, the second-highest mountain on Earth, is located in the Karakoram segment of the Himalayan range, on the border between the Gilgit-Baltistan region of the Pakistan administered Northern Areas and the Taxkorgan Tajik Autonomous County of Xinjiang, China. Further read in Wikipedia. 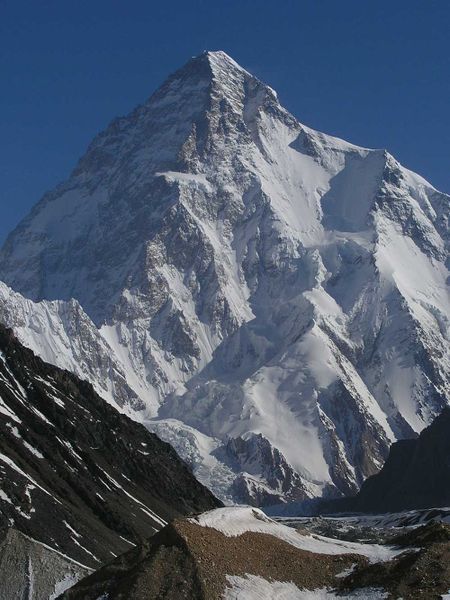 Kangchenjunga translated means “The Five Treasures of Snows”, as it contains five peaks, four of them over 8,450 metres. 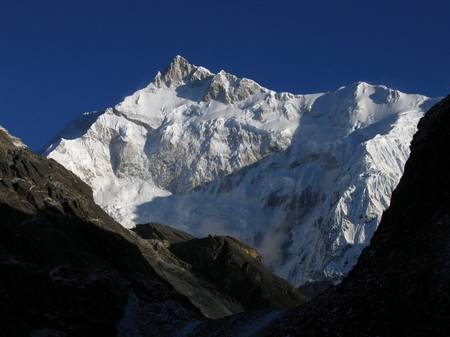 Photo and details in Wikipedia 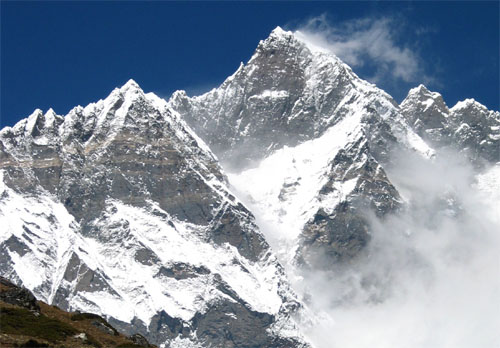 Makalu is located 22 km (14 mi) east of Mount Everest, on the border between Nepal and Tibet. Makalu is an isolated peak whose shape is a four-sided pyramid. 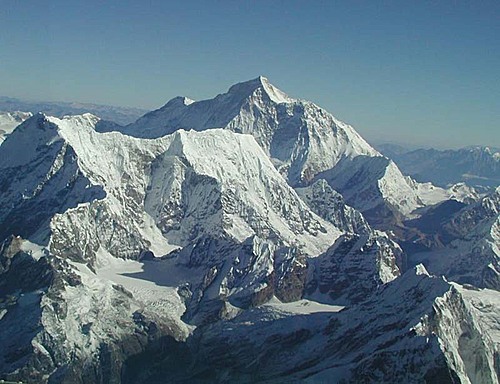 Cho Oyu means “Turquoise Goddess” in Tibetan. It lies 20 km west of Mount Everest, at the border between China and Nepal. (Wikipedia page)

The subtle changes of the light on the ice of Manaslu are terrific, turning from grey to pink to orange to yellow and then the ‘regular’ white. (text and photo source) 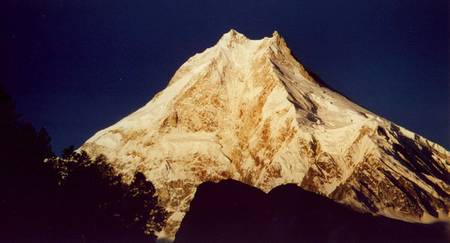 Annapurna is a Sanskrit name which is translated as Goddess of the Harvests.