A day after Nepali actress Keki Adhikari secretly married Rohit Tiwari in a closely guarded event in Kathmandu, another Nepali actress Barsha Siwakoti did the same in a secret event. Barsha was in the USA for the last few weeks and in a private ceremony she has married an engineer named Asish Gelal.

According to the reports, the marriage ceremony was held on April 22, 2022 in Kathmandu. The venue of the marriage is told to be Reshu Villa of Nagarjun Raniban. It is told that there were less than 150 guest and most of them were family members and the close friends of the bride and groom.

Actually, according to her Instagram updates, the last photo Barsha Siwakoti shared online was at the USA. Last week she had shared her birthday photo with “New York City” tagged to them. 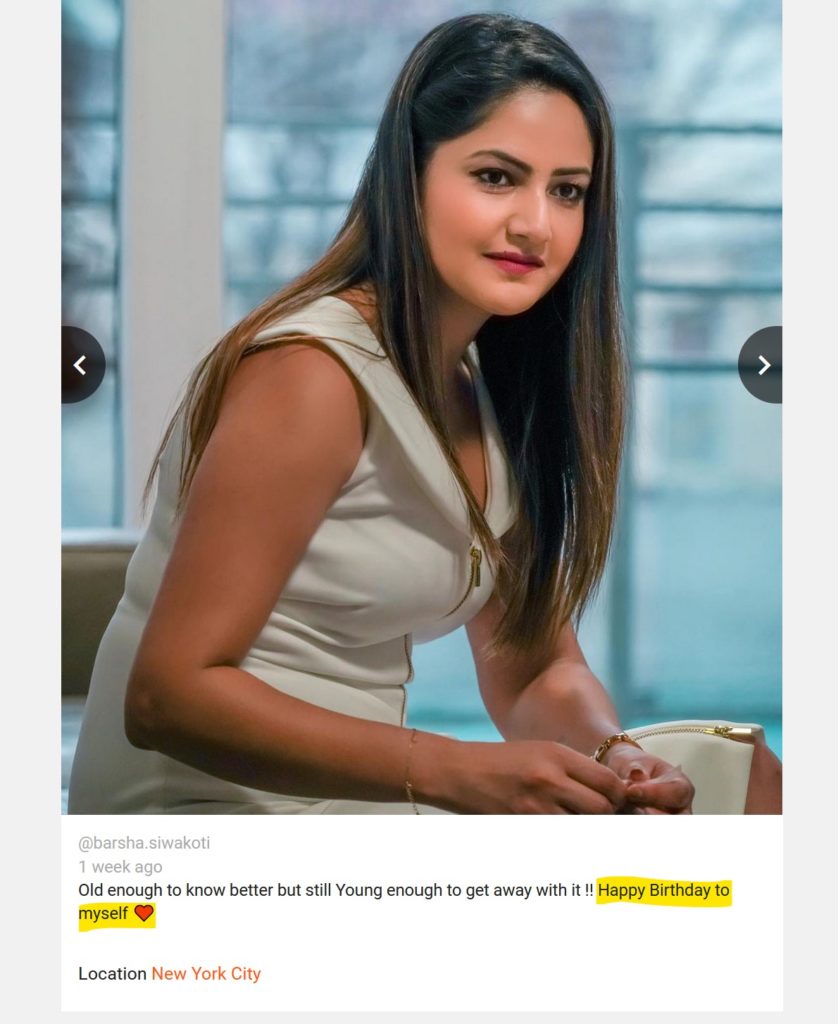