Good new girls, Sabin Shrestha is available! He has recently broken up with his air hostess girlfriend, Namrata Jha. According to a weekly newspaper, the 8-years-long affair was ended on mutual understanding. Although the couple was engaged to get married three years ago in 2067 BS they didn’t get married. 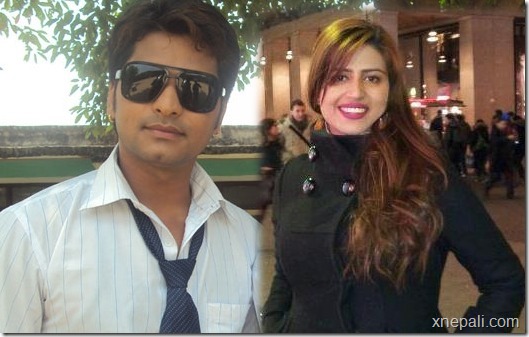 Namrata had previously modeled in music videos and she has expressed her desire to continue modeling if she gets opportunity.

Sabin debuted in Rekha’s film ‘Andaaz‘ and another of his movies ‘Hamesha’ is in theaters now.

3 thoughts on “Actor Sabin Shrestha breaks up with his girlfriend”

Leave a Reply to Re Shahi Cancel reply