Here is a photo of simple and down to earth Prema Adhikari with her child. 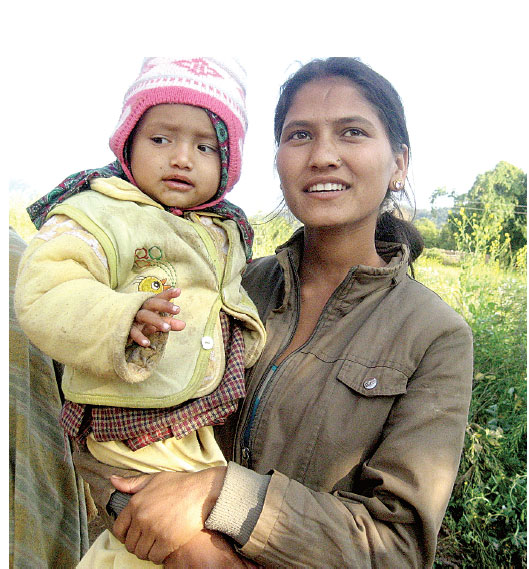 The ‘Lal Salam’ actress was the CPN-Maoist cine worker. She believed in simple living and work for the party and the country. That is why she is not seen in commercial movies.

With Pramila ‘Lal Salam’ featured actors like Bijaya KC, Indra B. Thing, Dipa Sapkota etc. The movie was made on the story and the concept of Prabhakar. The director of the movie was Shivaji Lamichane. The CPN Maoist leaders Mohan Baidya (Kiran) and Ram B. Thapa (Badal) were the advisors of the movie. The ‘Lal Salam’ was produced by Revolunatory Cine Workers Nepal, a wing of CPN (Maoist).