Here is a video of the interview of Ram Bahadur Bomjon’s wife and son.

Ram Bahadur Bomjon was the guy who had created a huge news when he stayed motionless without eating or sleeping under a tree for a long time. 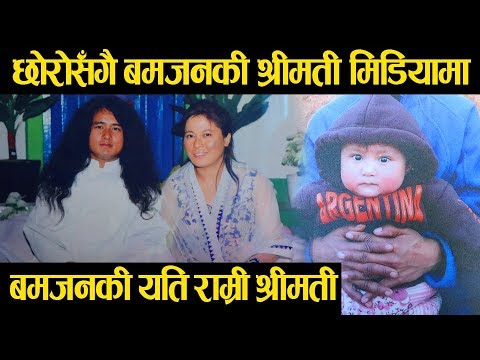 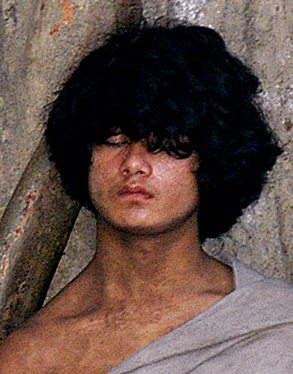 Ram Bahadur Bomjam (Palden Dorje), 18, known as ‘Buddha Boy’ made news all around the world when he meditated motionless for months without water, food or sleep under a tree in a remote village of Nepal. Local and international scientists unsuccessfully tried to explain his unique meditation technique.

For the second time he made international headlines when he reappeared in the second week of November. It is told that he has resumed his mediation in unknown place late Friday, November 21, after blessing thousands of devotees for the last 10 days.

Some believe he is reincarnation of Buddha and others including the president of the Nepal Buddhist Council don’t think he can be a Buddha only by meditating. Buddha needs life experience and the young man doesn’t have it.

But still he is something not to be taken lightly. He has done something everybody else think is impossible. He did stay under a tree for months and nobody could question his credibility. National Geographic team filmed him for at least 10 days and they couldn’t find him taking food or water. Science can’t explain how he could survive that long without water. The teenager staying still for months in itself is strange. It is another thing that he was not allowed any medical tests to testify his genuineness. 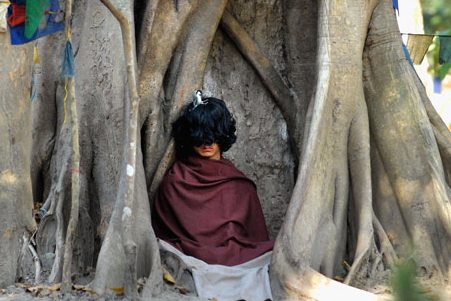 He started his meditation on May 16, 2005 and he disappeared all of sudden on March 11, 2006. He reappeared on December 26 and left again on 8th March 2007. Nepali police found him on March 26, 2007, mediating in a bunker-like seven feet ditch prepared on his request. On 2 August 2007 Bomjan addressed a large crowd in Hallori jungle in Bara district of southern Nepal. 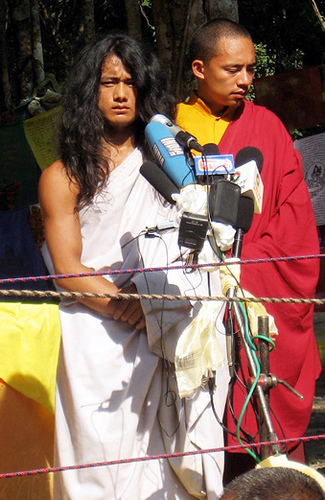 On his second biggest appearance this month he blessed thousands of devotees and addressed them. Some questions however still remain unanswered:

For further reference: here is a collection of videos of the guy in this page. You can see some documentaries and his address in Nepali language in the page. Photos of his months long mediation can be seen here. Various news can be searched in Google by names Ram Bomjom, Bomjon, Bomjan, Bomjam…. and so on.

The guy did mediation for months under a Pipal tree.

He reappeared in second half of Nov. 2008 to bless his devotees and went in hiding again for more mediation.