A group named #OpEverest, claiming to be a part of an international hacker network Anonymous, had recently attacked official website of Nepal Government, nepalgov.gov.np. One of the next targets of the group is the site of Nepali Congress – nepalicongress.org.

Usually DDos attacks last for hours (not days or months or years!). I wonder what the effect will be to the website that has been flagged by Google for about 6 months (may be longer) and the owner doesn’t even notice? Here is a screenshot posted in xNepali forum on December of 2010 (The site should have been like that for much longer). 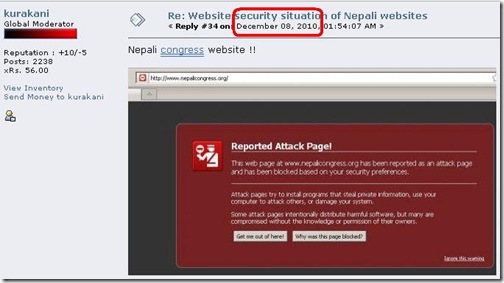 For comparison, I have taken the screenshot now, the site hasn’t changed and the owner Nepali Congress doesn’t care either. 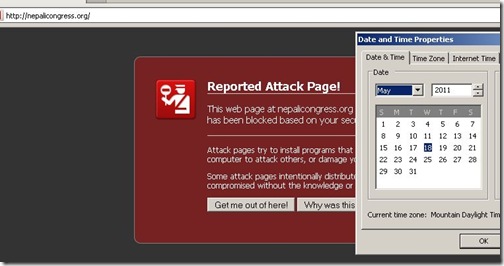 My suggestion to Anonymous or #OpEverest: these sites don’t compare with Amazon or Visa or MasterCard sites. You should better save your energy to be used for something worthwhile.