The title of the movie was borrowed from the popular comedian of Darjeeling, Dal Bahadur Gurung (Humjayega.com). Dal Bahadur Gurung, a driver by profession, was called ‘Humjayega’ as he was willing to go anywhere to help people. But, the movie is not about Dal Bahadur but, of a similar person who would do anything to help others. 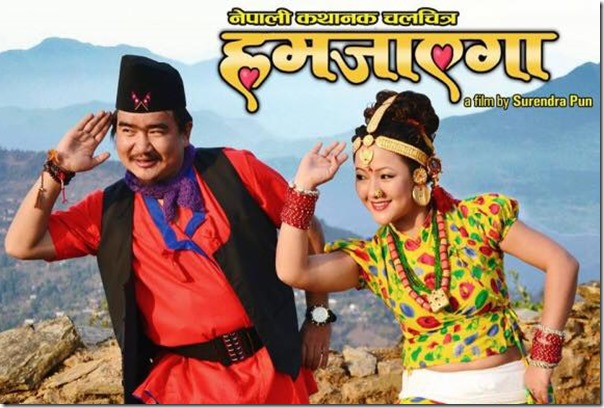 Hum Jayega (Baboo Bogati) is an unemployed person who is quite frustrated for not getting a job. In a small hotel, another person, an owner of a bus, was complaining about a bus driver who didn’t show up. On the recommendation of the hotel owner, Humjayega got the job of a local bus driver. Humjayega meets a beautiful girl, Kanchi (Reecha Dhital), and falls in love. The movie is about the bus driver and how he tries to woo the girl.

The masala movie is full of humor and it can also be termed as a quite engaging comedy movie.

One one of the biggest strength of the movie is the comedy. The movie is hilarious and fun to watch. The acting of the actors can also be termed as good. The movie is quite engaging and one won’t feel bored while watching the movie. The music is also good.

One of the biggest weakness is the story as the movie doesn’t have a clear story-line. If you are to watch the movie for fun and good laugh, you should keep your brain at home and enjoy the laughs.

Although Baboo Bogati is the leading character, Wilson Bikram Rai is the one who makes you laugh the most. Wilson’s (popularly known as Takme Budha after his television comedy) dialogue delivery and acting is superb. His dance is also very good. 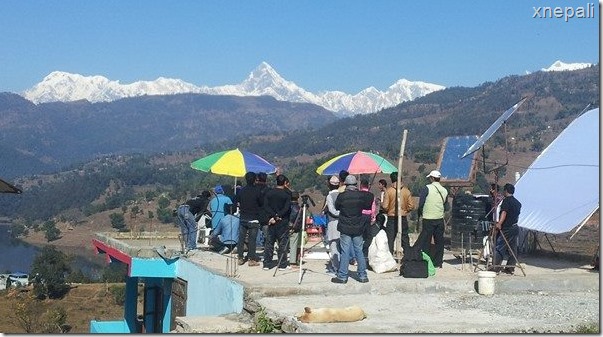 The performance of Reecha Dhital is below average. As usual Parbati Rai’s dance were great and other actors have performed their role satisfactorily.

The movie is NOT about the original Humjayega, Dal Bahadur Gurung. But, it is funny enough to justify the title. Although there is no real story-line, the movie is engaging and fun to watch. If you want to relieve some stress and have fun watching a silly film, ‘Humjayega’ might be something to consider.

Recommendation – If you enjoy jokes, watch it !