A relatively new beauty contest, Miss Eco International 2019 has started in Egypt on March 12, 2019. In the contest Muna Gauchan is representing Nepal. Muna is one of the 60 international contestants participating in the contest. Muna was selected to represent Nepal by the official representative of the contest in Nepal, Green Art Media. The contest was recently held in Kathmandu to select Gauchan to go to the contest. 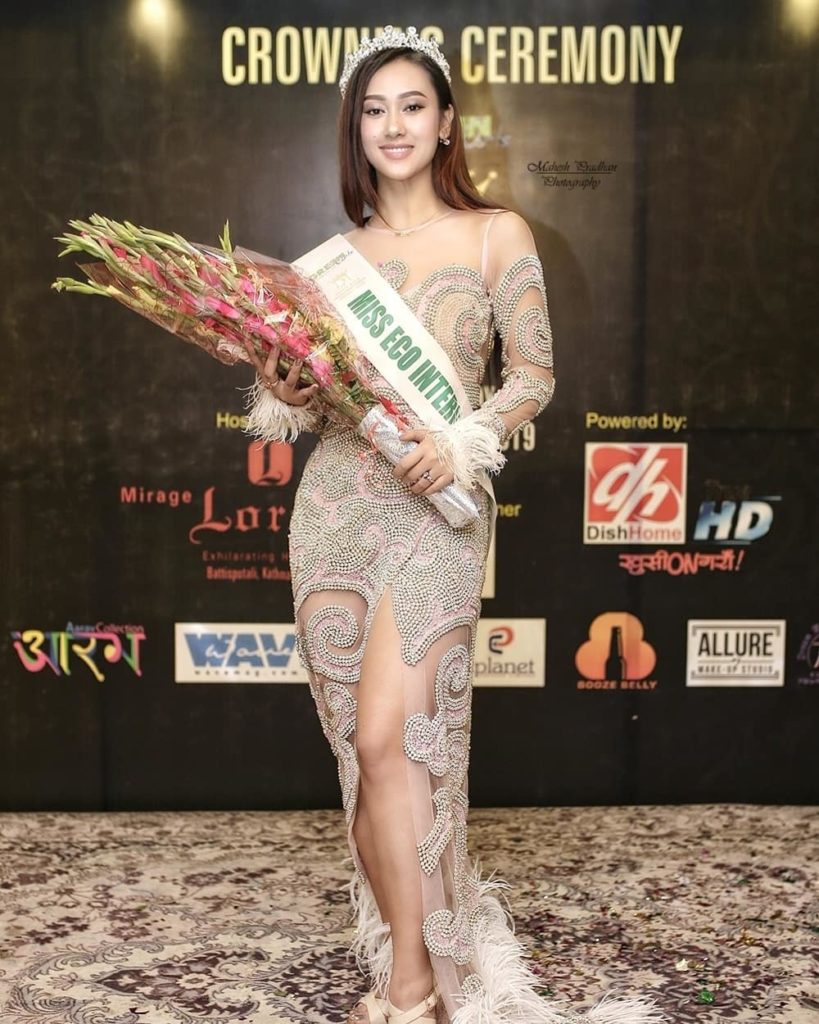 Gauchan will showcase Nepali dresses and speciality in the international contest. According to the organizer, she has taken some two dozen Nepali dresses to Cairo. She will also show a documentary to highlights the specialities of Nepal as a country.