Rekha Thapa’s movie ‘Himmat’ was a superhit movie of its time. After the success of ‘Himmat’ the director Deepak Shrestha produced it’s sequel titled ‘Himmat 2‘. Rekha was not happy about the sequel as Deepak didn’t care to consult her and take Yuna Upreti instead her in the movie.

Nepali movie ‘Himmat’ marks the debut of Biraj Bhatta in leading role. Actress Rekha has claimed that she is the person behind the Bhatta’s success. The success of the movie established Biraj as one of the top actors in the film industry. After he became successful in Bhojpuri movies, he stopped appearing in Nepali movies for some time.

After 5 years of absence, Biraj made comeback in ‘Jaya Parshuram’ in 2016. But, the movie wasn’t as successful as expected. Now, Biraj has announced another Nepali movie ‘Harke Raja’. It was not only Biraj Bhatta, director Deepak Shrestha also gained a lot of praise from the movie. 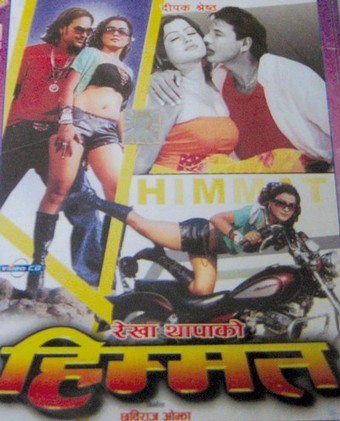