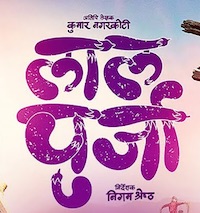 The viewers have appreciated the acting of Bipin Karki. What do you think of the movie please comment in the comment section below.