Nepali movie ‘Letter’ is released onÂ  October 5, 2012 in theaters all over Nepal. The movie directed by Samten Bhutiya features Uttam Pradhan, Any Zimba , Bishal Chambling, and Niti Rai in leading roles.
The movie features the cinematoraphy of Sagar Pradhan, music direction of Satya and Sworup, and editing of Ananta Thapaliya. 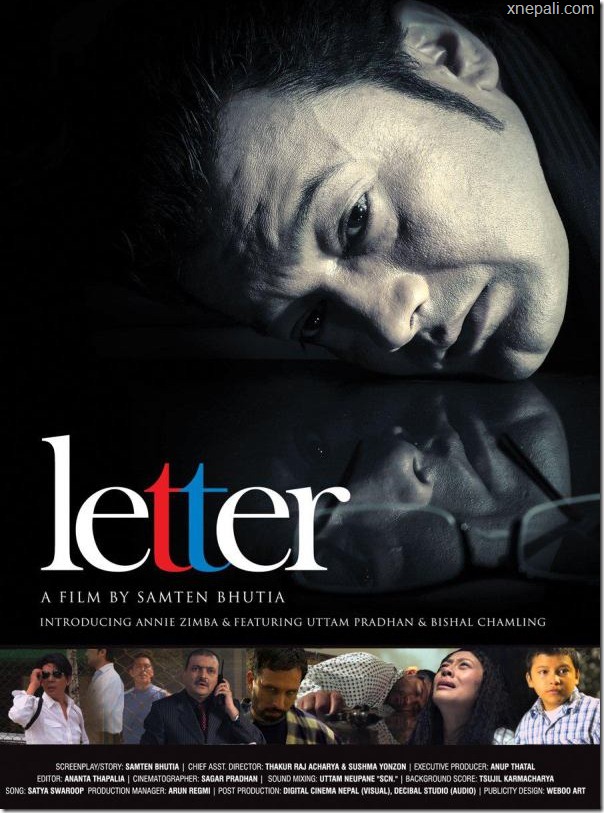 Most of the actors of the movie are new. Only a known face is Uttam Pradhan, known by his first blockbuster movie ‘Darpan Chaya’. His performance in ‘Darpan Chaya’ and a television serial ‘Mukti’ has made him well known among the Nepali audiences. ‘Letter’ is considered the comeback of actor Uttam Pradhan after a long break.

‘Letter’ is the first directorial venture of Samten Bhutiya. Based on our observation of the promo of the movie, we have a good expectation from the new director. This movie is very important for Samten to prove himself a successful director at Nepali film industry.

Due to the lack of star cast and good music, ‘Letter’ is not getting that much media coverage. But, publicity of the movie is gaining traction slowly and is getting good responses in media. It seems, the fate of the movie ‘Letter’ will be determined by the movie reviews and audience’s words-of-mouth in social media.

Presence in Internet and social media

There is a Facebook page of ‘Letter’ to share information with the movie makers and the general public. 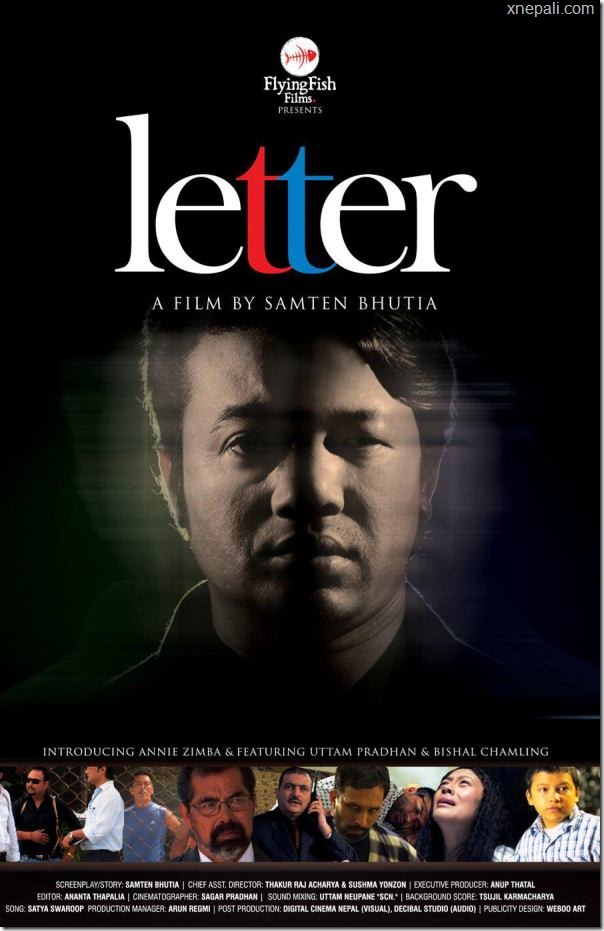 ‘Letter’ is a joint team effort and hardship of the friend’s, families and above all the technician’s right from the iron men to camera men, crossing the boundaries of Nepal and India and to whom this debutant director Salutes.

The film was written in the year 2009, initially named ‘killer Instinct’. The title was changed later to ‘letter… a story within a story…’. Finding the producer of the movie wasn’t easy but the team effort paid ultimately. The registration and arrangements for the shooting equipment were done on 31st Jan 2010. The shooting started later in the year in Sikkim, India and Kathmandu, Nepal.