The former king Gyanendra Shah Friday inaugurated a NGO named after his daughter-in-law Himani Shah. Inauguration of ‘Himani Trust’ was organized at Hotel Soaltee Crown Plaza, Kathmandu. In the program, the Chair Person of the Trust, Himani Shah and the vice Chair Person Prerana Shah addressed the gathering. In the inauguration speech, they called the former king and queen ‘Shree Paach’ and ‘sarkar’, the title only given to the Kings and their families during the royal-era. ‘Sarkar’ is a Persian word meaing ‘head of affairs’. 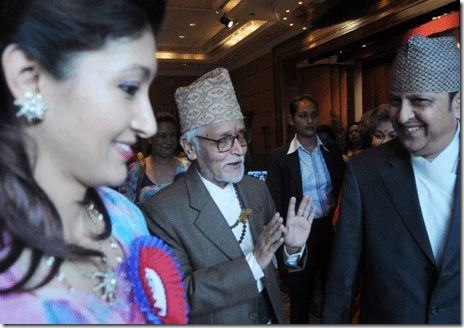 Full text of the speech is posted below (courtesy – nagariknews and the event news video courtesy – nepalnews).