One of our visitors sent the following photo of a MoMo (a dumpling like steamed food, very popular in Nepal) restaurant. It says Daami Mo.Mo. Harami Soup (Exact translation is not possible but it can literally mean – excellent MoMo, extremely hot soup). 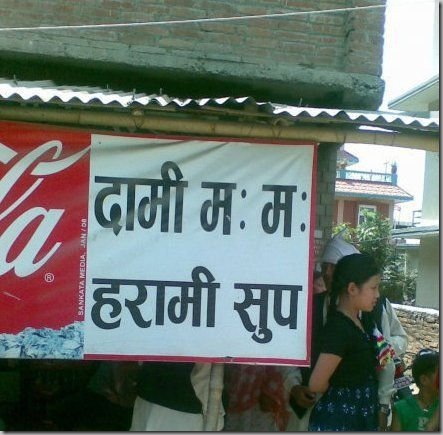 Well that was not the only sign board with such a writing. Another signboard has exact same wordings. Now, it is unknown whose idea is the original.

END_OF_DOCUMENT_TOKEN_TO_BE_REPLACED

The guy you puffing a cigarette is told to be 106 year old and he says that he has been smoking since 86 years. There is no doubt, smoking kills. But, this pensioner of army for the last 60 years is surely an exception. 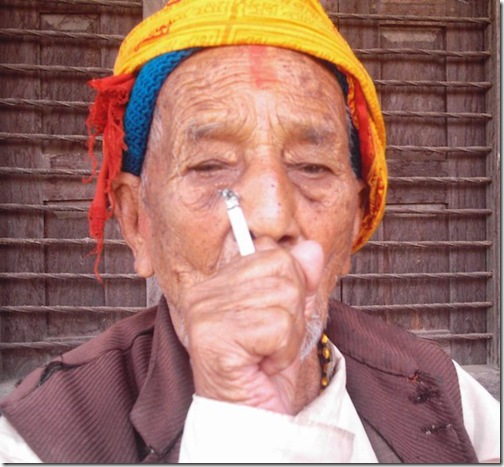 There was Winnie Langley who lit her cigarette from her 100th birthday candle and was an internet sensation, gave-up smoking at 102 and died within a year. She gave a false impression that, "quitting smoking is injuriou
s to health".

Well, smoking is injurious to health and nobody should start it!

Thank you Neel Khadka, the news editor of Sagarmatha Television, for allowing me to use the photo.