The first film actress Rajani KC signed was ‘Deepjyoti’. But, she debuted in Chhabi Raj Ojha’s film ‘Loafer’ and failed to impress the viewers. But, ‘Pardeshi’ became a blockbuster hit, establishing Rajani as one of the successful actress in the film industry. 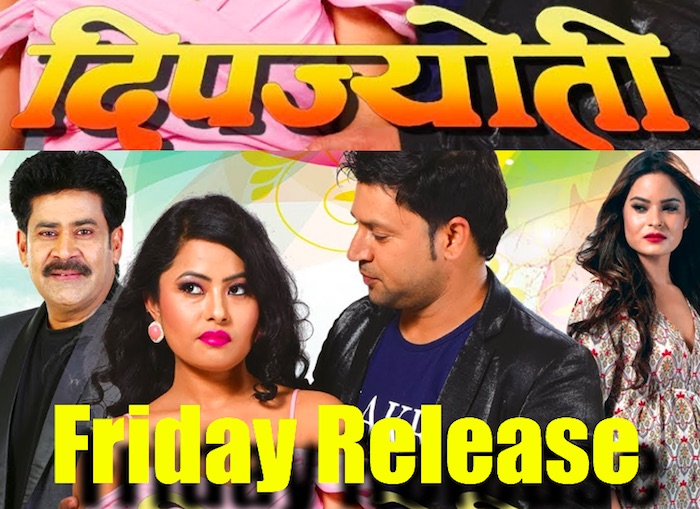 Because of the election time in Nepal, film producers are reluctant to release new movies. That is one of the reasons, the movie ‘Deepjyoti’ has got more than 80 theatres on its own. The movie featuring Khusbu Khadka, Rajani KC, Saroj Khanal, Nir Shah, Pramod Deep, Puskar Regmi and others, is made under NP Films banner. The movie is directed by Narayan Mainali. Ramji Lamichhane is the choreographer, Samrat Basnet is action director and cinematographers are Ramsharan Upreti and Rahul Rai.

The movie is made on the need of love and the sacrifice to be made to obtain it. A presentation of Krishna Khaal, the executive producer of the movie is Ram Krishna Adhikari.
END_OF_DOCUMENT_TOKEN_TO_BE_REPLACED

A presentation of Santosh Basnet and Amar Chetry family and Maya Music present the movie ‘Mero Man’. The movie has a subtitle ‘My heart goes to…’ The movie features the dialogue and screenplay of the director, Deepak Roy. The editor Mrinal Haloi was assisted by the assistant editor Nayan Bora. Videographer is Bappa Ahmed, and produced by Gayotree Newar. The music in the movie are composed by Manash Hajarika, the choreographer is Bappa Ahmed.