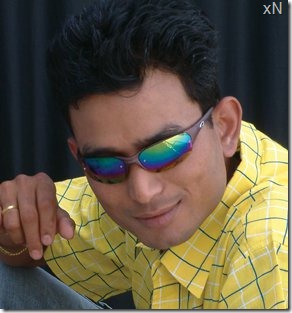 In an event to celebrate the success of his second movie "Chapali Height" on May 7 its producer, Arjun Kumar, announced his third venture.

In the event, Arjun Kumar told that he was glad and excited on the success of his second movie. He tried his hand in movie production with his first movie "The Yug Dekhi Yug Samma." Hid debut movie was was a big disappointed but, he could recover all the loss made by his first venture from his second experimental movie "Chapali Height".

On the event, we inquired A
rjun Kumar about his upcoming project. He told that his up-coming movie titled "Fateko Jutta" will also be a small budget movie, targeted to youths in cities. He told that the movie will be made on comedy theme and he expects it to be every entertaining movie. Although planned to go on floor on Bhadra, neither director nor the star casts have been finalized.

In both of his past movies, Arjun Kumar had worked with director Dipendra K Khanal. He however wasn’t sure if Dipendra will direct more of his movies. At the time, when credit of the success of ‘Chapali Height’ is given to sex and vulgar scenes in the movie, Arjun Kumar has told that his next movie will be pure and clean movie without and vulgar contents or adult-only scenes. The targeted of the movie is less than 20 lakhs.