Rajesh Hamal was chosen to be the artist of January, 2017. In the Twitter poll I posted in my account, Rajesh Hamal received 55% votes. The second place went to Rekha Thapa with just 19% votes. The third place winner Karishma Manandhar got 15% and the last was Anmol KC with 11% votes. 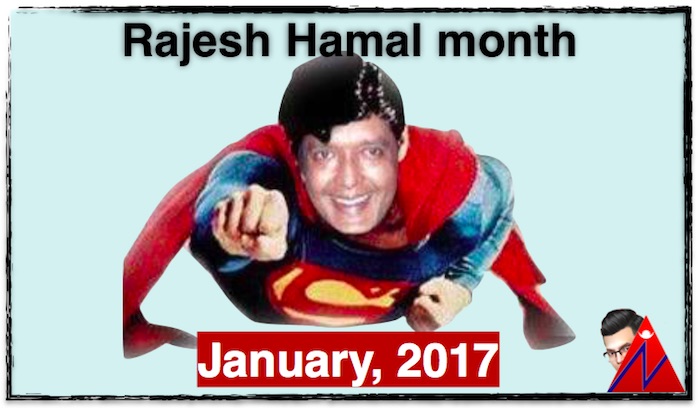 Video 2 – Sandeep Chhetri joke on Rajesh Hamal and how the journalists had forced him to marry.