The upcoming movie of the producer of ‘Bato Muniko Phool’, Rajesh Ghatani is being shot in Darjeeling, India. The movie repeats most of the crews of ‘Bato Muniko Phool’ including it’s director Suraj Subba ‘Nalbo’, lead actor Baboo Bogati and others. While the movie is being shot in Darjeeling, the crew took a rest to celebrate Baboo Bogati’s birthday. The 31st birthday of the actor was celebrated by cutting a cake. 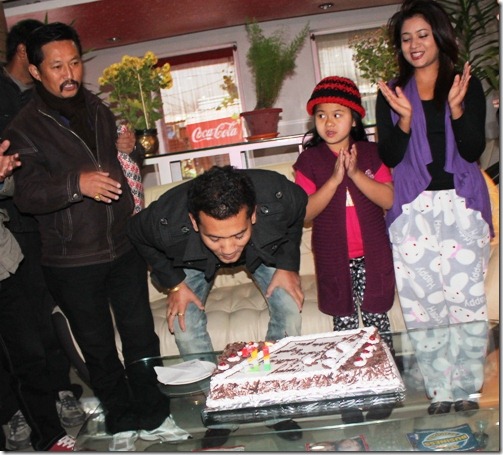 The music of the movie was also launched in Darjeeling. On the day of music
launch the lead actors Baboo Bogati, Keki Adhikari, and Abinash Gurung offered autographs on the music CDs sold on that day. The production team was excited by the sale of about thousand CDs on the day. The songs of the movie are recorded in the music of Babu Bogati, Dambar Nepali and Roshan Lama. 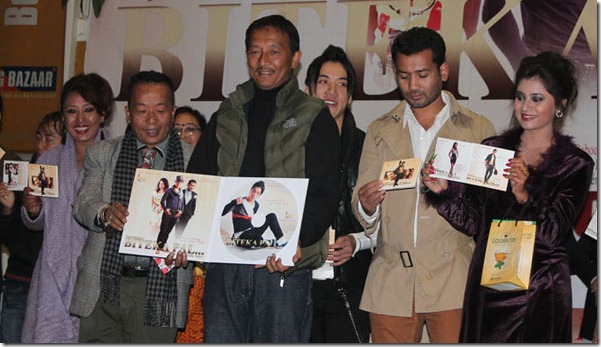 The shooting of the movie had started in Kathmandu and
after the completion of five percent of shooting, the team had headed toward Darjeeling for a 40-days-long schedule there.

xnepali team would like to offer best wishes to Baboo Bogati for his birthday and success of the ‘Biteka Pal’ team.