The life of the comedy actor Deepak Raj Giri is a full package or failures and successes. Let me summarize Deepak’s life in a three-point list:

Before I go in details about each of the aspects of Deepak’s life, you can watch Deepak’s biography:

When you look at the life of Deepak Raj Giri, it was nothing to laugh at. A comedy actor, Deepak, went through a very tough time while growing up. Some of the depressing moments of Deepak’s life:

Although there are may failures and many successes, there is one turning point where the failures start to turn around to become successes. That turning point in Deepak’s life is the period after he found Deepa Shree Niraula.

A report about ‘Tito Satya’ closure:

Deepak Raj Giri is a family man with two grown up sons and a daughter. Married at an early age, he was struggling while the kids grew up. Now, he is successful because of his friendship with another woman – an unmarried, beautiful and equally successful woman – Deepa Shree Niraula.

Thanks to ‘Tito Satya’, everybody thinks Deepak and Deepa are husband and wife. They are always seen together while Deepak’s wife, Menuka Giri, rarely appears publicly. Keeping the balance between the family life and the relationship with Deepa Shree should have been a real challenge to Deepak Raj Giri. 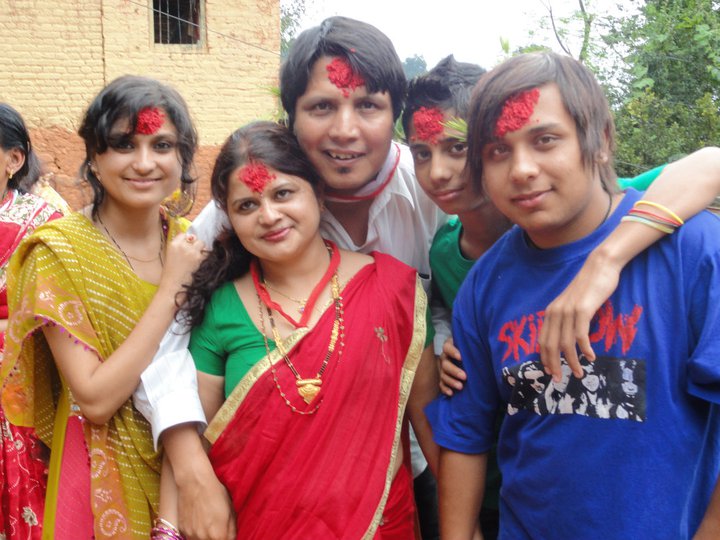 The success of Deepak is the result of the successful collaboration and coordination between the various people involved in his journey. Starting ‘Dhaniyaki Duniya’, Deepak and Deepa had been collaborating and coordinating in their comedy shows. Deepak has been a good writer when Deepa an equally talented actor and writer.

While producing ‘Tito Satya’ they teamed with various comedy artists. Some, went a long way and others took separate paths. But, the relationship between Deepak and Deepa remained strong and consistent. With the help of another friend – Nirmal Sharma, they produced the first movie ‘Chha Ekan Chha’.

They used the collaborative approach in producing the movie. All the artists had some share in the production of the movie. The funding was done in such a manner that every artists could call the movie their own production. The success of the movie also helped them in getting their share of revenue. I think, the collaborative approach was very successful in terms of its promotion. All comedy serials at that time ‘Tito Satya’, ‘Meri Bassai’ and ‘Jire Khursani’ promoted the movie in their program. 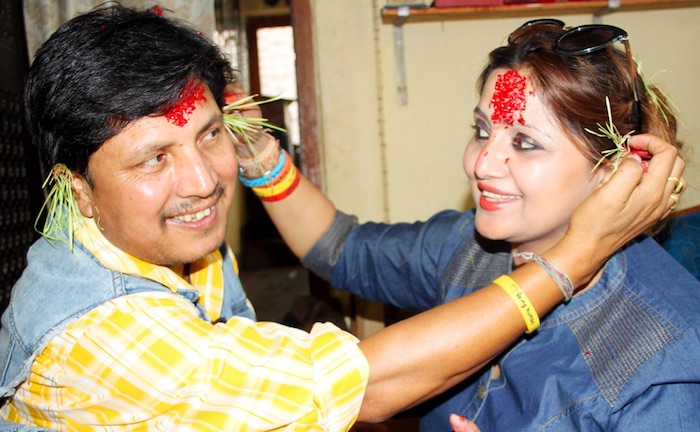