The wife of well known journalist, Rishi Dhamala, has decided to produce a movie. In a program held in Kathmandu, a new movie named ‘Anurag’ was announced. In the movie, the producer, Aliza Gautam will also be the lead actress.

It is a most common trend of the Nepali film industry – actors invest in the movie they are featured in leading role. As the movies are made only for themselves, the directors and other artists don’t give their best. Because of the easy money, the technician’s also don’t provide the optimum amount of the effort in making the movie. Because of these facts, most of the movies produced by the lead actors in the movies are not successful. The latest such example is ‘Rudra’. The movie produced by the actor Bishow Gautam was not successful despite of Nikhil Upreti in negative role – the first in his acting career.

There are a lot of example of films made just to fulfil their desire to be featured in movies. The movie by Aliza Gautam sounds like those movies. She has asked her father to invest in the movie under the banner registered under her daughter’s name.

In the love story movie, a new actor Deepak Ghimire opposite to Aliza. Other actors in the movie include Saroj Khanal, Rupa Rana and Nirmal Sharma.

Talking in the program, Aliza’s husband, Rishi Dhamala talked about the dedication and interest of Aliza to become an actress. He also told that the program held on Wednesday was on of more such programs in the future.

Who is Aliza Gautam?

Aliza is the mother to two kids. The first child is a girl and the second child is a boy. The production company of Aliza is named after her daughter. 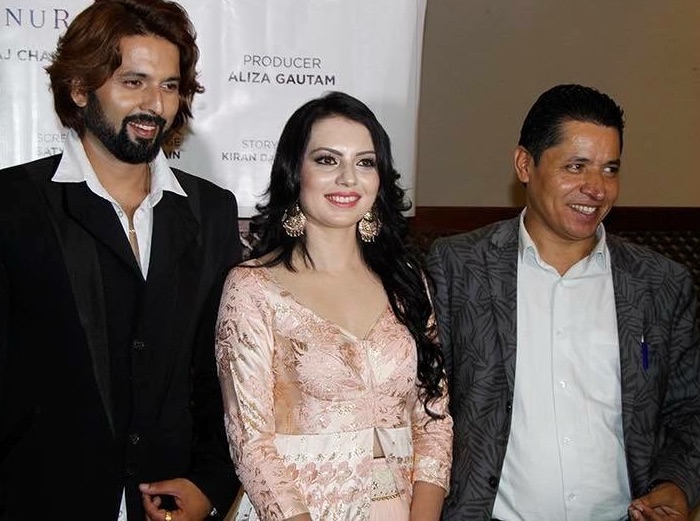 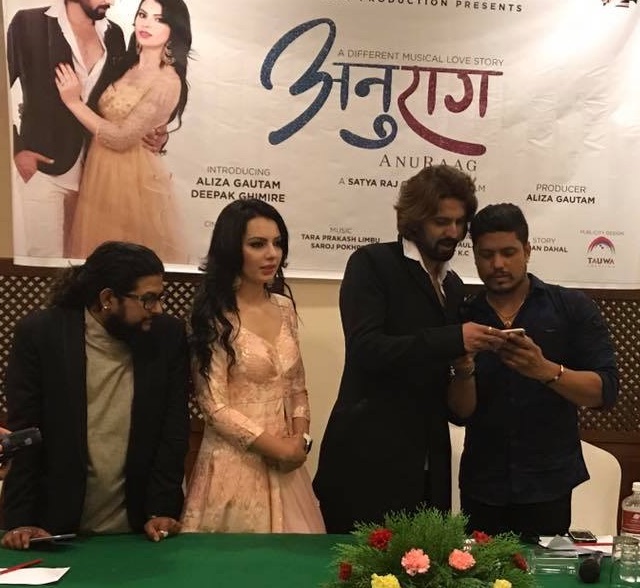