After ‘Visa Girl‘ the actor and producer Vinay Shrestha is bringing another Nepali movie, ‘Resham Filili’ by the end of this year. V Motion Pictures chief, Vinay, has been successful in selling the foreign rights of the movie even before it is complete. 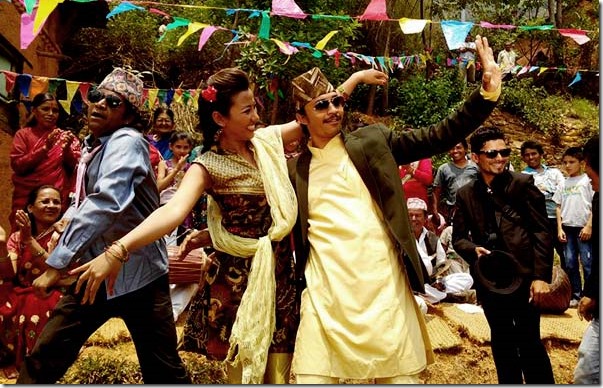 Vinay has recently signed an agreement with a Sikkim company, White Horse, for the movie rights in the Nepali speaking area in India. Before that, he has also sold the rights of screening in the USA and the UK. The movie will be released in foreign countries before it is released in Nepal.

Directed by new director Pranab Joshi, ‘Resham Filili’ features Vinay Shrestha and Menuka Pradhan in lead roles. Vinay says that he has learnt the lesson by the failure of his earlier movie ‘Visa Girl’ and will make the movie a successful one. The movie is made on comedy theme