The chief of Kantipur publication, Kailash Sirohiya is a family man with two sons and a wife. The publication publishes:

The interest on the car of the Kantipur Media Group Chairman Kailash Sirohiya was raised when an accident in Kathmandu was kept kept a secret by the police. The incident happened in the second week of December of 2015. The vehicle involved was a Volkswagen car, allegedly driven by one of the sons of Kailash Sirohiya, Sambhav Sirohiya. Sambhav was one of the three injured in the accident according to Republica news (read the news here).

The Volkswagen was going towards Thapathali when it went out of control and crashed into a lamp post and a pillar. Following is the photo of the vehicle that was upside-down after the accident. 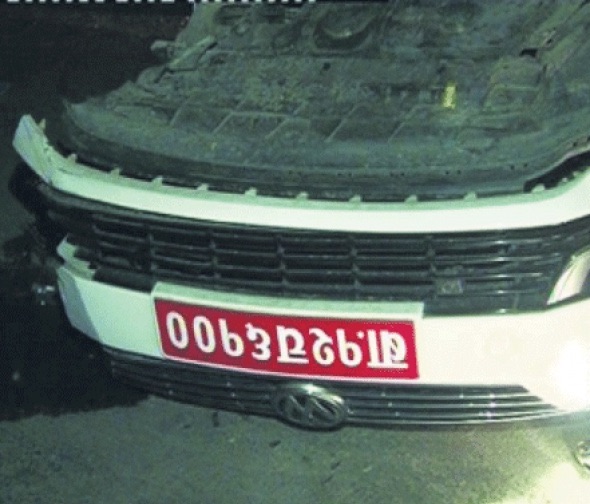 Here is a post by Kailash Shirohiya sharing a photo of his family.

The German made Volkswagen is also a luxury car. But, the Kantipur chief has other luxurious cars in his procession.

He might have more vehicles, but that was the only vehicles I know the Kantipur chief has. If you know more information about the one of the most influential media person in Nepal, please comment.

I will write in details about other businesspersons in future. Stay tuned.