Actress Namrata Shrestha and other youths in Nepali film industry have campaigned to add a provision in the new constitution. The youths have realized that the current provision of the parliament to choose the Prime Minister and President has failed in the past. So, their demand is to let the general citizen to choose the leader of the country by an election. 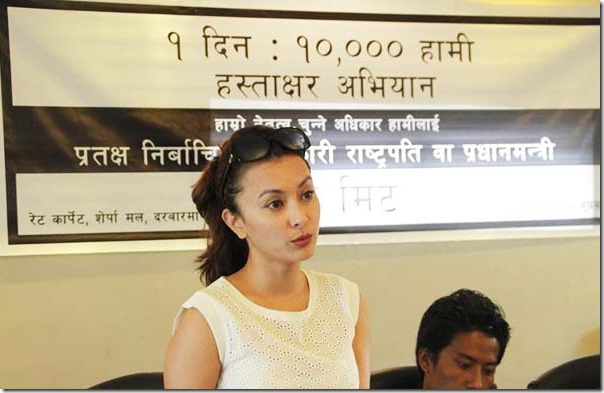 For the inclusion of the provision, the team has started a campaign to collect 10,000 signatures. The signature and the suggestion will be handed over to the concerned authority. Talking in the press meet to announce the campaign, Namrata told that the citizen should be made powerful by letting them elect their leader.

Namrata also has plans to visit all the programs that collect the suggestions of the public and convey the team’s belief in the direct election of the heads of the country.

One thought on “Namrata Shrestha campaigns for elected PM and President”