Watch the full movie ‘Chor’ in a single part:

The Nepali movie ‘Chor’ is the second movie of the popular banner CB Films. The movie directed by Raj Kumar Sharma is written by Rachin. Rachin has also written the script and the dialogue of the movie. The movie features a lot of comedy actors including Narayan Tripathi, Deepak Raj Giri, Goparl Raj Mainali, Gopal Nepal, and Daman Rupakheti.

The movie is told to be a copy of Hindi movie ‘Andhi’. Please comment if you also think so.

Rajesh Hamal – The lead actor of ‘Chor’ is superstar Rajesh Hamal. The profile and the movies featuring Rajesh Hamal is available in this page.

Bipana Thapa – The lead actress of ‘Chor’, Bipana Thapa has left the film industry after she married an Indian national and left Nepal to live with him in India. Click on the link for the profile and the list of movies featuring Bipana. 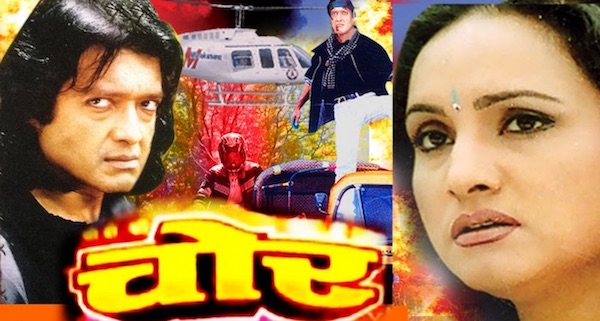