On the 9th Republic Day, Nepal Government has honored four film artists by Prabal Janasewa Award. According to the press release by the Ministry of Home, the artists awarded by the award are:

The artists are honored for their contribution to their field. The artists will be awarded in a special program to be held later. The president Bidhya Devi Bhandari will hand over the awards to all the award winners.

In addition to the artists, singer Aani Choying Dolma is also awarded by another award in the same list. She is awarded the award for her contribution in social work sector. 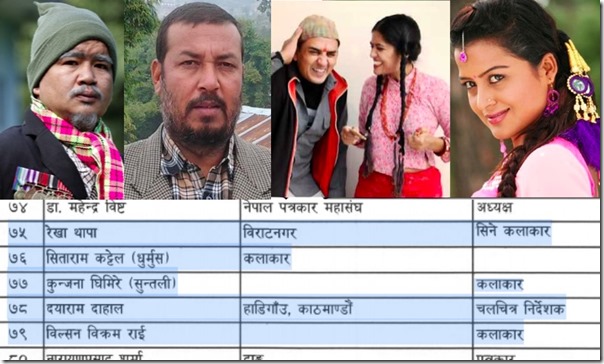 On the occasion of the 9th Republic Day of Nepal, the search engine giant, Google has created a special Google Doodle in it’s Nepal homepage. The Doodle featured Danfe, the National bird of Nepal.

Watch the following video report about the Google Doodle: