The original ‘Dhoom’ of Nepali film industry was made by Jaya Kishan Basnet. A brother of the director, Shovit Basnet is the actor, story writer and script writer of the movie. The movie features action star Biraj Bhatt, Ramit Dhungana and Arjun Karki in leading role. The actress in the movie, Rejina Upreti was reportedly having affair with the director at that time (but, it was not officially confirmed.) Rejina is now married and has a child. Other actresses in the movie include Jenny Kunwar and Sanjita Gurung.

Sequel of the movie, ‘Dhoom 2’ was released in 2017 and was released online in October – Watch ‘Dhoom 2’ here. Jaya Kishan debuted as a director in the movie. The original cast except the Basnet brothers were not present in the sequel movie. New actors in the movie include Srijana Bhattarai and Mahima Silwal. That is expected as most of the actors of the original movie have left the film industry. Biraj Bhatt is busy in Bhojpuri movies and his comeback movie ‘Jaya Parshuram’ wasn’t successful. Rejina Upreti has got married and is living as a housewife. Ramit Dhungana is also not active in the film industry these days. Sanjita Gurung and Jenny Kunwar are also inactive these days. 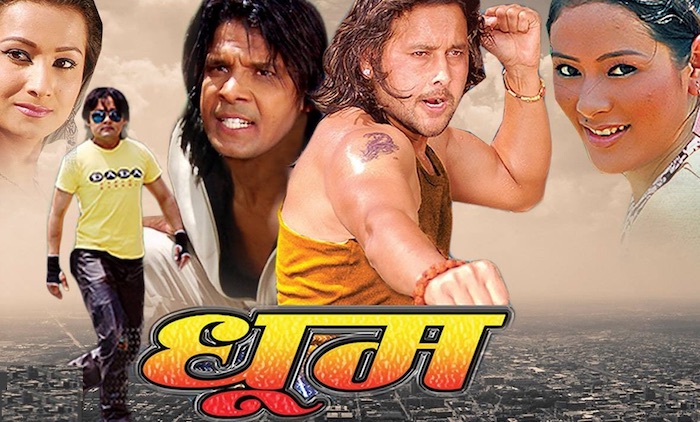