Super hit movie of the past ‘Maidan’ features action star Biraj Bhatt and mahanayak Rajesh Hamal with top actress in the Nepali film industry Rekha Thapa. The script and dialogue of the movie is written by Maunata Shreshta. The movie is a presentation of Dil Kumar Pyasi for Abhi Films. The movie ‘Maidan’ is credited to help Biraj Batt and his popularity. The decade old movie is worth a watch if you haven’t done already. The music in the movie is composed by Suresth Adhikari.

Rekah Thapa is another top artist in the Nepali film industry.

Click on the following image for the list of movies (recent updates only) and the biography of Rajesh Hamal:

Biography of Rekha Thapa and the list of movies featuring Rekha:

Biography of Biraj Bhatt and the movies posted in xnepali featuring Biraj Bhatt: 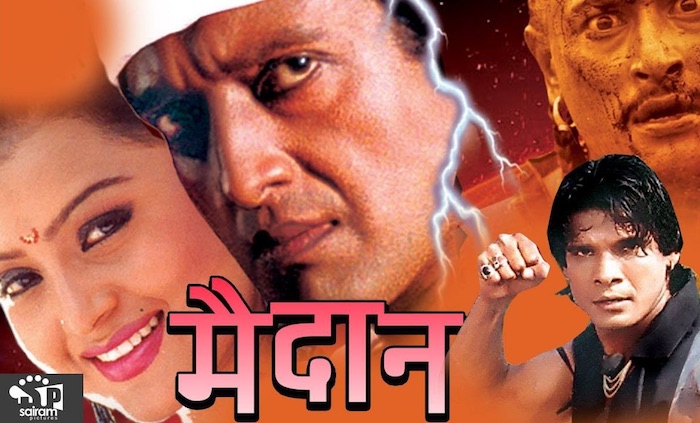