A presentation of Siddhartha Cine Vision, Nepali movie ‘Mission Nepal’ is a presentation of Abhisekh Man Singh. The script of the movie is written by the director, Kishore Subba. The movie features the music of singer Rajesh Payal Rai, choreography of Kamal Rai and edited by Bipin Malla. Action by Bipin Prasain, cinematography by Suman Yonjan, Narendra Laharung. The producers are Madan Rai and Kishor Palungwa. VFX by Dipen Chaudhary, background score by Harshika Shrestha, and mixing by Gautam Shrestha.

The movie features Simant Udash in leading role and actress Poojana Pradhan opposite to Simant. Actress Sushmita Karki and Sanubaba Subba are also in main role in the movie. Actress Poojana Pradhan debuted in ‘Hero’ and has established herself as a hot model and actress. The bikini photoshoot of Poojana were very popular during her initial days. She laster joined Jayasangat group – a religious group. She was also involved in a multi-level business that was very controversial and was declared illegal in Nepal. 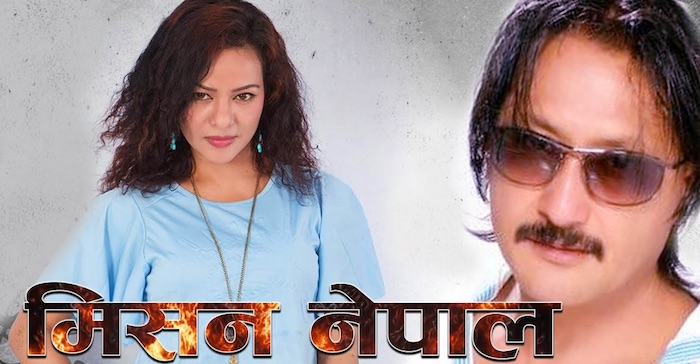