One of the most talked about movies of the year 2076, Poi Paryo Kale features some of the most popular actors in the Nepali cinema industry. Saugat Malla is considered seasoned actor. The actress Shristi Shrestha (real-life girlfriend of Saugat Malla) was also debuted as an actress in hit film ‘Gajalu’. In addition to being an actress she was Miss Nepal 2012.

Actress Pooja Sharma is another attraction of the movie. Pooja is known for hit movies like ‘Prem Geet’ and ‘Ma Yesto Geet Gauchhu’. One of the important feature of this movie is – it was produced by Deepak Manage – a Gandaki Pradesh lawmaker and businessman.

Sishir Rana was assisted by chief assistant directors Binay Poudel and Jay Shrestha. Asst. director is Jeewan Poudel. The production Chief is Suraj Aacharya, production controller is Sudip Dhakal, publicity is designed by Ideal Designers, make-up by Santu Tamang. The story is of the director Shishir, executive producer is Amala Devi Rai and the producers are Rajib Gurung (Deepak Manange) and Saroj Nepali.

Poster of the movie; 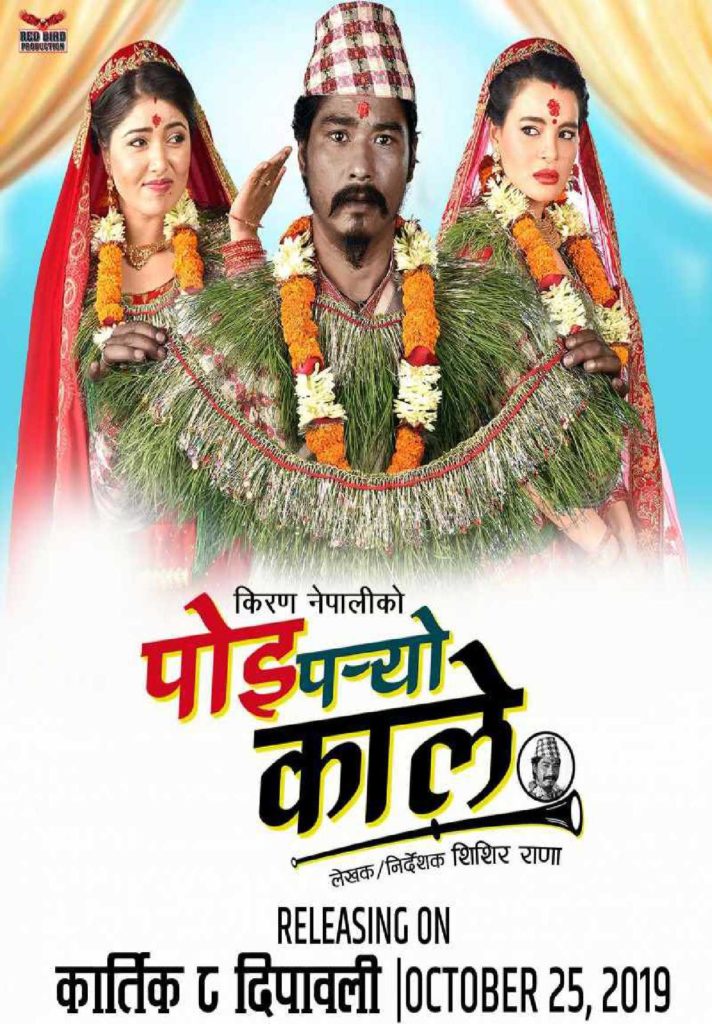