The movie directed by Deepa Basnet was released in 2014. The movie featuring Keki and Saugat in leading role also features Bikram Singh Tharu, Raj Gadaili, lokmani Sapkota, Sirjana Adhikari and Diwaj Rai. The movie with different flavour in naming and storyline, the movie gained a lot of talk. But, it wasn’t much successful in box office. The director had expressed her dissatisfaction on the business of the movie.

Actress Keki Adhikari is featured as a sex worker. Saugat is in a double role. The comedy movie is written by Abhimanyu Nirabi’s story and screenplay. Music in the film are composed by Basanta Sapkota, Kali Prasad Baskot, Babu Bogati and Yama Buddha. The movie features the choreography of Nirmal Rana, Naresh Bir Singh and Shiva BK. The dialogue is written by Abhimanyu Narabi and Amrit Agarwal. 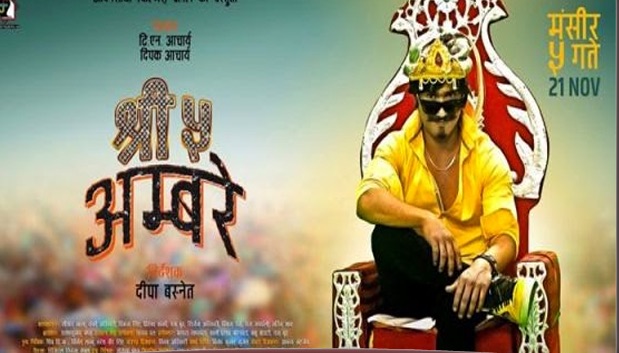 The conclusion of the review is: The movie has tried to portray the lives of street children through talented actors. But, the flaw in binding storyline has failed the movie. A documentary on street children might be more entertaining than this movie. So, I hadn’t recommended to watch the movie at that time. But, as it is a free show, pleaser review the film and comment on the attempt of a female director in the Nepali film industry.

Technical Details of the film: