Nepali movie ‘The Soldier’ is a presentation of Rajkumar Lamichhane for BG Films. The movie features the script of Shekhar Gyawali, music of Mandhar Sunam and choreography of Suresh Chaudhary. The director, BS Balami has also written the story and has directed the action in the movie. The movie ‘The Soldier’ was released in February of 2016.

Star Cast of ‘The Soldier’

The movie ‘The Soldier’ features Diwas Uprety, Sunil Thapa, and Suleman Shankar (popularly known as Iku) in the main roles. Suleman Shankar became popular after being featured as a jungleman in a comedy serial. He later produced ‘Iku’ and ‘Iku Returns’ movies. Sunil Thapa is a well known actor in Nepali film industry and the Bollywood film industry. Subash Meche is also featured in the movie. The movie marks the last movie of actress Jenisha Khadka. Originally Jyoti Khadka, Jenisha changed her name after the well known sex scandal with comedy singer Prakash Ojha. She committed suicide years after the event. The singing career of Prakash Ojha had also ended after the scandal.

The poster of ‘The soldier’ 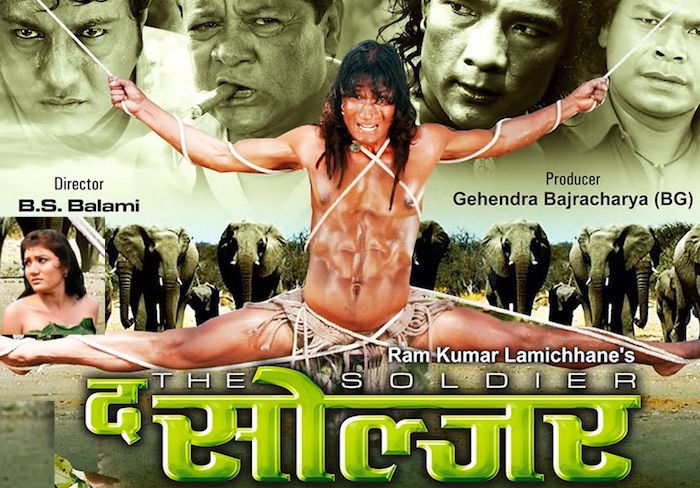