Raute is the only nomadic group in Nepal living in the hilly districts of Mid and Far West. I had heard about them and their language which is unique in the community. They are very isolated and don’t want to mingle with other people. Hari Thapa send me information about a site set for the group some time back. He also sent some photos (posted below) of Raute. It is told that they don’t stay longer in a particular place. Some stay in one place for 3 months and others up to a couple of years. With people encroaching forests, their habitat, they are facing very difficult time in their nomadic life. 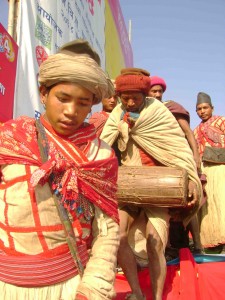 Recently, the first ever census of the endangered Raute community was carried out by the Dailekh District Development Committee. The population of the nomadic ethnic group is found to be 304 (kantipur). The census report showed that there are only 112 females, 96 children and two disabled in the Raute community. The number of Raute females of marriageable age is below one dozen while the number of eligible males is 36. The fact is causing increase in the case of child marriage according to Raute leader Mahin Bahadur Shahi.

Rautes are the only ethnic tribe of the country who are found in the hilly districts of Mid and Far West. As they move from place to place, they do not rely on farming and other everyday livelihoods. 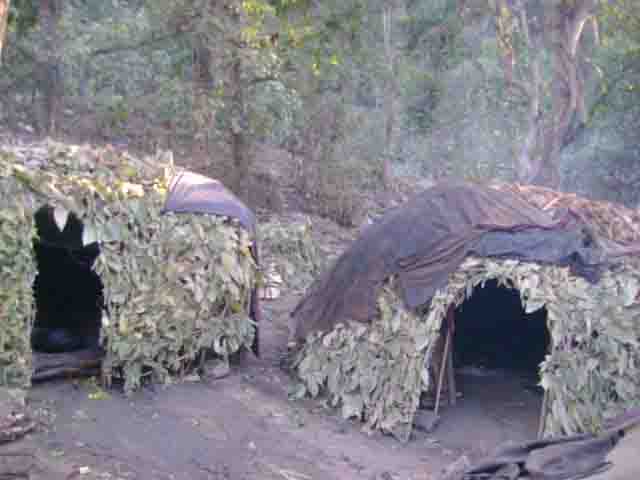 Raute live in these houses in winter.