CPN Maoist are protesting for “people’s supremacy” and their own supremacy in the government for the last few days. Yesterday, they were encircling Singh Durbar, the government headquarter. More than 100 thousand people were brought in Kathmandu for the event. One person died when a bus carrying the protestors to Kathmandu met with an accident. The protest was mostly peaceful except an incident of clash with the police at one location. The protestor were dancing on street as usual.

In yesterday’s event film artists were also present to support the protest. A rare sight – Maoist supreme Puspa Kamal Dahal (Prachanda) was dancing on a song “Lalu-pate nughyo bhui tira …” sung by one of the leading actress of Nepali movies, Rekha Thapa. 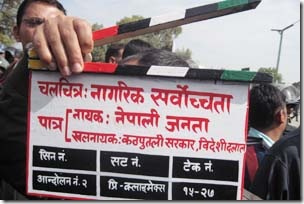 Some more photos from the protest follows: 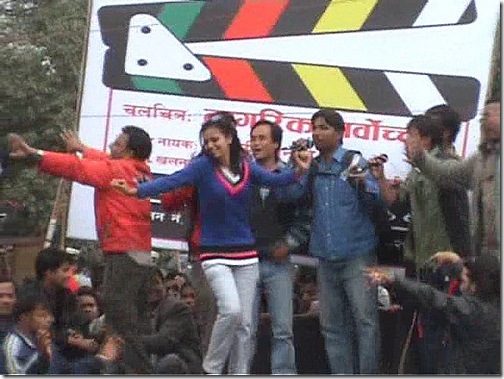 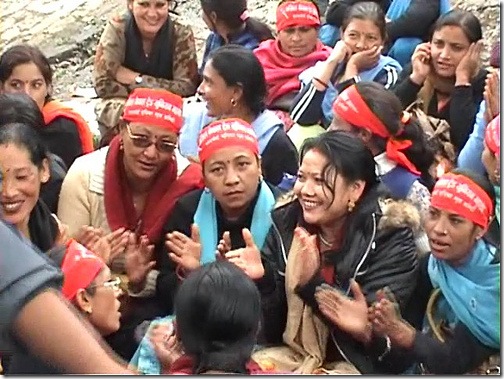 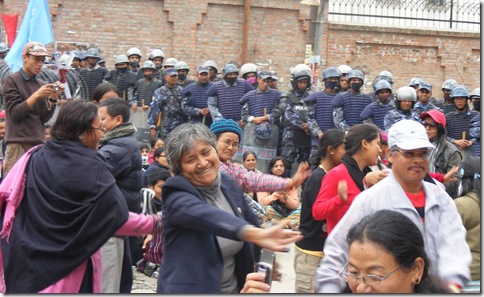 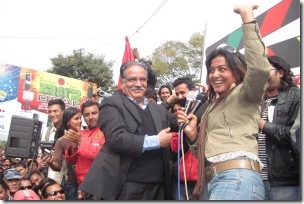