Although the death of Prakash Dahal, the son of Prachanda ,is confirmed by different sources, it is not officially announced. Prachand’s long time associate, Dr. Baburam Bhattarai has also confirmed the death and has sent his condolences through social media.

Why the delay in official announcement?

The hospital hasn’t officially announced the death of Prakash Dahal. But, everybody else including the family have confirmed the death. Prachanda has taken a helicopter to return back to Kathmandu from Jhapa where he was in the election campaign. The official announcement of the death is expected after Prachanda arrives at the hospital.

Why Prakash didn’t go with his father to Jhapa?

Prakash has been assisting his father in most of his works for a long time. He used to be with his father most of the time. On the day before his death, he was helping his father in election campaign in Chitwan. On Saturday, Prachanda had to go to Jhapa to address the mass meeting there. He had asked his son to go with him but, Prakash told that he wasn’t feeling well. He decided to go to Kathmandu to take rest instead.

Prachanda went to Jhapa and addressed the mass meeting and participated in the joint election campaign with KP Oli. He stayed in Jhapa while Prakash stayed in his home in Lazimpat, Kathmandu. He and mother Sita Dahal were the only family members at home that night. In the morning around 5 he was found unconscious and was rushed to the hospital.

The mother has reportedly fainted after the news of the death of her only son. The father Prachanda, is also very sad.

The only son of Prachanda and Sita Dahal, Prakash Dahal, has three sisters. One of the sisters had died of cancer a few years ago.

Prakash had married the daughter of Maoist leader Posta Bahadur Bogati, Prabha Bogati. After some time of living together, Prakash and Prabha decided to divorce.

He got married to Srijana Tripathi of Pokhara in 2008. He has a son named Prasiddha Dahal with Srijana.

After four years of marriage with Srijana, Prakash had an affair with Bina Magar when they were in Mt. Everest mission. They ran away together to India and later got married. Prakash’s son with Bina is named Pranab Dahal. While Prakash was living with Bina and their son Pranab, his second wife Srijana and the son Prasiddha are living in Srijana’s maternal home in Pokhara.

I prepared a video report on Srijana and her relationship with Prakash a while ago: 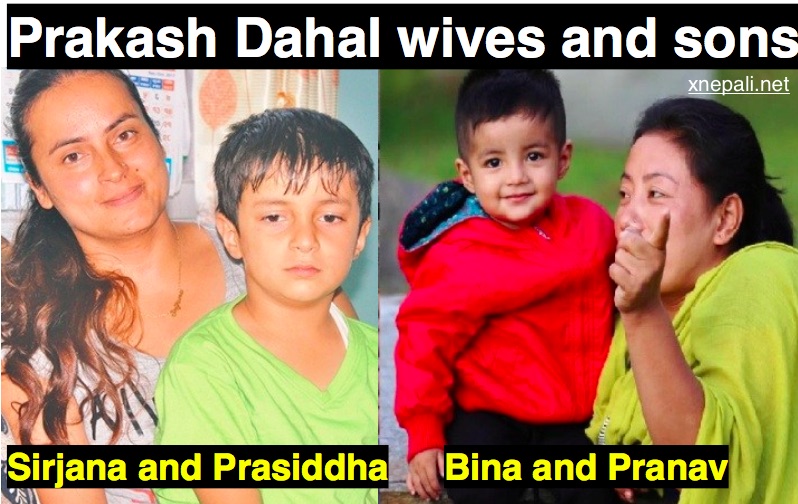 The cover photo of his Facebook page has a photo of himself with one of his sons. The photo on the cover is full colour. 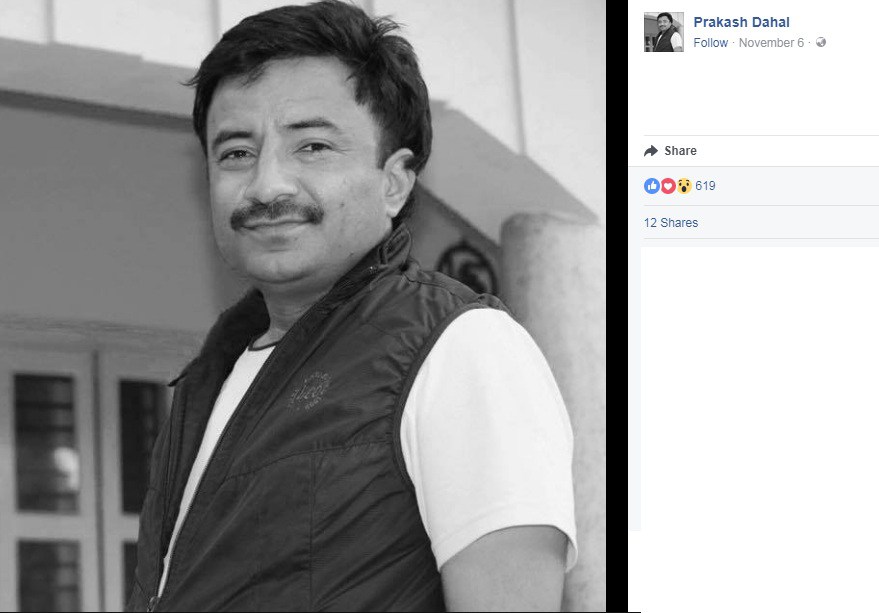