According to the letter written by the Immigration Department of the Home Ministry, well known journalist Rabi Lamicchane is living in Nepal as a foreigner on a non-tourist, family visa. According to the terms of the visa, he is not allowed to work and being paid for the work. The letter has quoted the Immigration By-Law that prohibits the bearer of the visa to work in a paid job. And, the bearer of the visa is not allowed to do jobs that are not permitted by the by-law.

I have prepared a video report to give all the details of the issue: 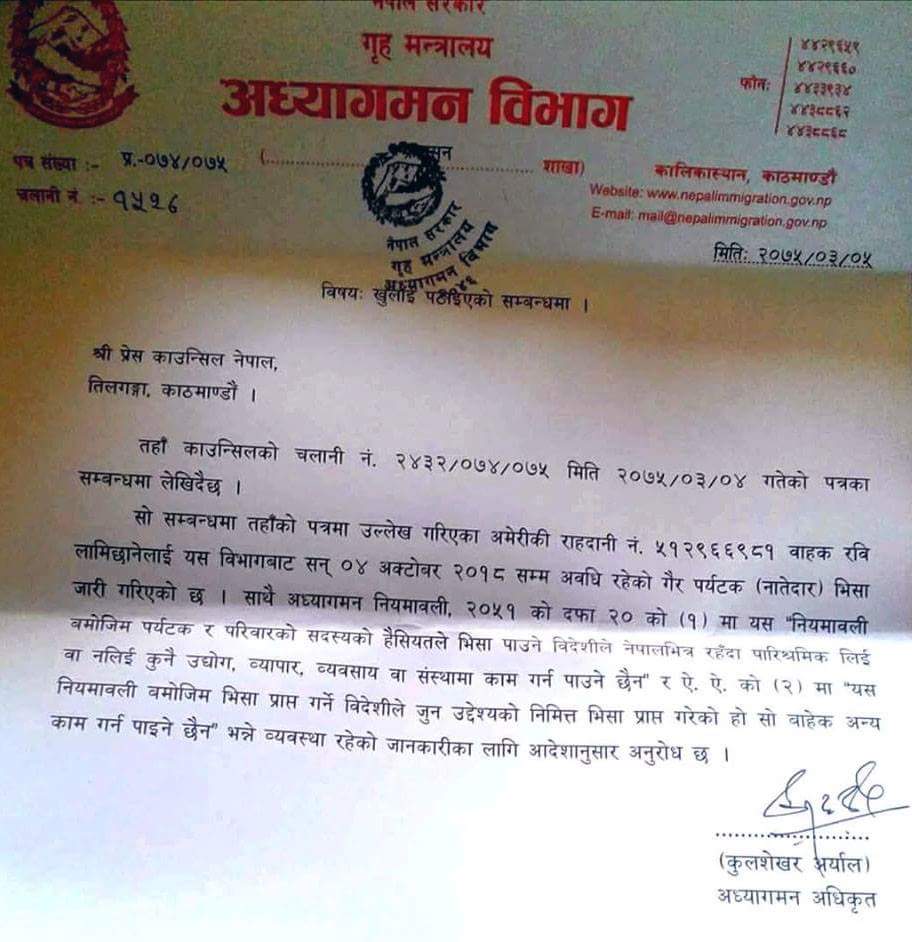 Rabi Lamicchane is a US citizen and has been running a TV program titled ‘Janata Sanga Sidha Kura’. The program has been very popular among the viewers because it helps the disadvantaged people against the powerful ones. The program against corruption, government officials and other institution had been under government scrutiny after the news of his foreign nationality was revealed.

Now, it is to be seen if Lamichhane will be deported or arrested. 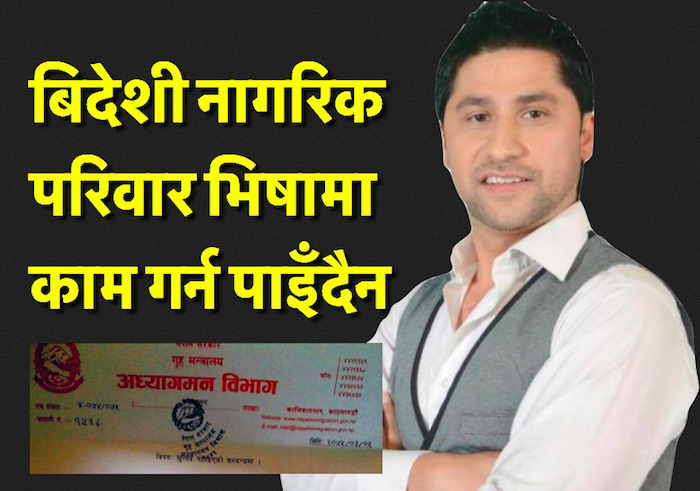 The relationship visa costs 5 USD/per month in addition to entry fee of either $20 (for single entry) or $60 for multiple entries.

According to the website, kins of Nepalese citizen can apply for Relation Visa by submitting documents: