The sequel of superhit film ‘Chapali Height’, is a presentation of Arjun Kumar Films. Although the name suggest it is a sequel, no artists have repeated in the sequel and the story is also unrelated. While the original movie featured Binita Baral with two actors this movie featues Ayushma with two actresses Paramita and Mariska. The choreography of the songs are done by Kabiraj Gahatraj, music by Arjun Kumar. Lyrics are written by Suresh Rai and the playback singers are Dharmendra Sewan and Santosh Lama. Action by Surya Thokar, background score by Imman Bikram Shah, editing by Dirgha Khadka, cinematography by Niraj Kadel. The director Dipendra K Khanal has also written the story of the movie. The movie couldn’t perform as expected.

Paramita and Ayushman broke up after the movie after Ayushman and Priyanka Karki started seeing each other.

I had prepared video reports about their affairs: 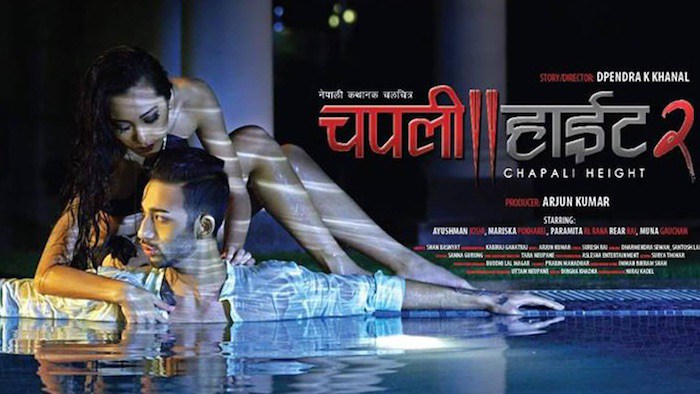