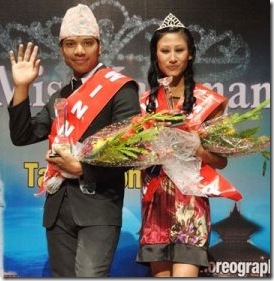 Rabindra Singh and Rajani Maharjan have bagged the Mr. Kathmandu and Miss Kathmandu titles respectively for the year 2009 in an event held in Kathmandu.

Niraj Shrestha and Soni Tamang were the first runner-ups in the event. Raju Maharjan and Rajina Tamang won the second runner-up titles. 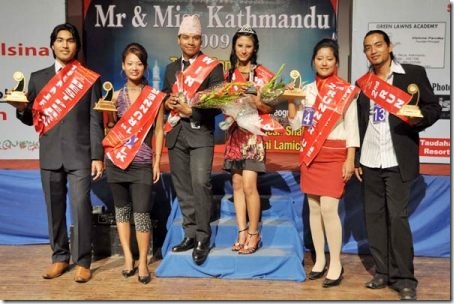 2 thoughts on “Rabindra and Rajani are Mr. and Miss. Kathmandu 2009”