The MahaNayak, Rajesh Hamal, delays the Dashain Tika by a day because his mother died on the Vijaya Dashami day. He remembers his mothers, performs Shradha puja and mourns on the 10th day of the festival. While all others enjoy and celebrate, Hamal doesn’t celebrate because, his mother suffered from depression.

He didn’t know his mother was depressed when she fell ill after the untimely death of his father. Hamal’s father Chura Bahadur Hamal was the ambassador of Pakistan. On the day he submitted his appointment letter, Hamal died of heart attack. After the sad incident, his wife went into a long mourning. She didn’t recover after that. Rajesh Hamal remembers, his mother going through tough time and smoking a lot.
At that time, the family members didn’t know that she could have been cured by medical doctors. Later Hamal realized it and told it was their lack of knowledge he lost his mother (watch the following video to see Hamal speak about the incident).

Rajesh Hamal’s parents were love birds who fell in love while travelling in a train in India. That was a very long time ago. They were deeply in love for each other for as long as they lived. I had also prepared a love story video of the two (the video was very popular among my viewers).

Rajesh Hamal wasn’t in good terms with his father. His father had wanted him to leave the film industry and work in a job. But, Rajesh Hamal refused his father’s suggestion. When Rajesh Hamal became a successful personality in the Nepali film industry, his father was already dead. In fact, his parents only saw him struggle and they didn’t see his success. 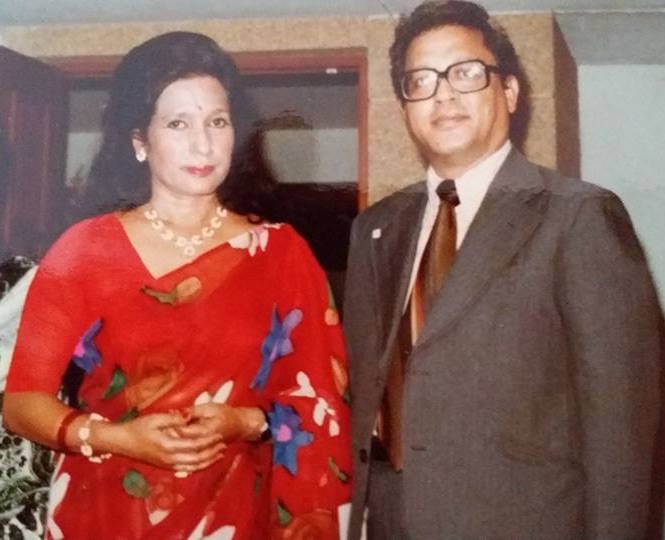 Today is the last day of Dashain 2018. I wish all the visitors of xnepali a very happy year ahead.